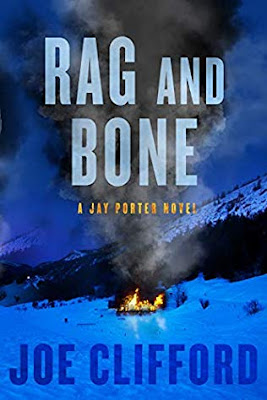 Perfect for fans of Dennis Lehane

Having spent ten months on the run after he was framed for the murder of an estate-clearing associate, handyman Jay Porter returns to his hometown of Ashton, New Hampshire. During his time as a fugitive, he searched for a hard drive - evidence that would put his longtime nemeses Adam and Michael Lombardi behind bars. But he came up empty handed.

He has nothing. No hard drive, no hope. He hasn't spoken to his ex-wife and son in almost a year and he's broke. With his reputation tarnished and employment opportunities nonexistent, Jay takes a charity assignment from old friend/flame Alison Rodgers and learns of a fire at Alison's former rehab farm. Jay is convinced that the Lombardis started a fire as a scare tactic to pressure Alison to sell. As Jay begins to look into the origins of the fire, he hopes he will finally be able to put away his enemies. But he soon discovers that evil isn't so easy to define, and that sometimes we need to take the law into our own hands if we want justice.

The fifth in the author's Jay Porter series and my first, which in truth did me no favours coming into the series ass backwards. Jay Porter's back in town; innocent after an enforced exile on the run and he still has a hard-on for the Lombardi brothers.

An okay read, but one which I didn't really feel too bothered about. The main man, Porter has his history and issues - borderline alcoholic (?), but functioning and give him his due he's determined, but I think it's one of those series books that doesn't stand up too well on its again. It's a feeling reinforced by the ending offering an outcome in respect of the Lombardi brothers time at the top of the heap. Porter vs the Lombardis is an over-riding series ARC. The more relevant - to this book at least - mystery of the fire is solved in addition. It is demonstrably over-shadowed by the bigger picture.

Elements were enjoyable. The relationship between Porter and the local police chief (sheriff?), at times hostile, other times almost friendly kept my interest. The relationship with his ex-wife I found less so.

I kind of felt an indifference to the main character though, something that would probably have been avoided if I had started with Lamentation, the series opener.

I will read more from him in the future, including the earlier Jay Porter books. Maybe with that context behind me this one will have a different feel.