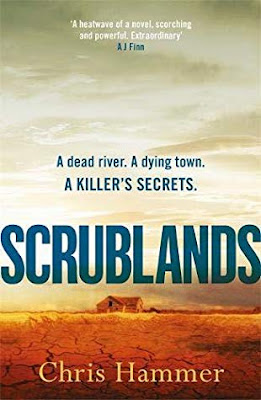 In an isolated country town ravaged by drought, a charismatic young priest opens fire on his congregation, killing five men before being shot dead himself.

A year later, journalist Martin Scarsden arrives in Riversend to write a feature on the anniversary of the tragedy. But the stories he hears from the locals don't fit with the accepted version of events.

Just as Martin believes he is making headway, a shocking discovery rocks the town. The bodies of two backpackers - missing since the time of the massacre - are found in the scrublands. The media descends on Riversend and Martin is the one in the spotlight.

Wrestling with his own demons, Martin finds himself risking everything to uncover a truth that becomes more complex with every twist. But there are powerful forces determined to stop him, and he has no idea how far they will go to make sure the town's secrets stay buried.

A book about which I heard decent things about earlier this year and which I had on order for when it was published in paperback in July in the UK. A Goodreads group I'm a member of selected it as their June monthly read, my library had a copy so boom off I went. (Just as well, I would probably have benched my purchased copy and never gotten around to reading it.)

I really enjoyed it without it ever threatening to be the best book ever. Complicated, complex and convoluted, the initial premise of a journalist reporting on a town a year after a mass shooting, morphs into something a lot deeper....

There's a lot of twists along the way and a lot more going on than the bullet points above. I quite enjoyed the company of the main character, Martin....... his history, his passion for the story, the competitiveness with rival journalists and media to be the first to break the story, to know more than the others, his cultivation of contacts and his ability to get close to the towns folk, aware that on occasions he is being manipulative and intrusive.

Along the way we get to know a lot of the town's inhabitants and personalities..... the cop who took down the killer, the shunned eccentric in the town, the local bookstore/cafe owner, the shopkeeper, the youth who witnessed events, the policeman from the next town, the eccentric living out in the scrublands, as well as finding out about those who have passed - the killer priest and his victims, the deceased hotel owner, previous generations of family.

I liked the setting of the tale with a small town dying on its feet, the isolation, the heat, the weariness of it all. At time the story seems to meander and shoot off into different directions, with other events, both from the past and present, assuming an importance which almost but not quite overshadows the tragedy of the shooting.

My favourite character was Jack Goffing, the ASIO agent keeping an eye on events from the sidelines. His introduction to the book and Martin's revelation of his identity and presence was memorable. At times though it seems as if his presence is a convenience which allows for big information dumps which advance Martin's investigation/story and that of the book as well.

It was also an interesting look at the way the media operates and the intensity surrounding breaking stories - the wolf pack frenzy seeking to satisfy the public's thirst for knowledge. The isolation of the setting with the lack of mobile phone coverage and internet and the frustration that offered to the assembled throngs seemed to add a certain irony to the situation. 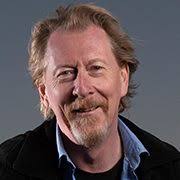 Overall I really enjoyed it. It's a debut novel from the author and there was enough about it that will have me keeping my eyes open for his next book. That's one of the benchmarks for me regarding whether I've enjoyed a book from an author or not - would I want to read more from them? Chris Hammer - yes.