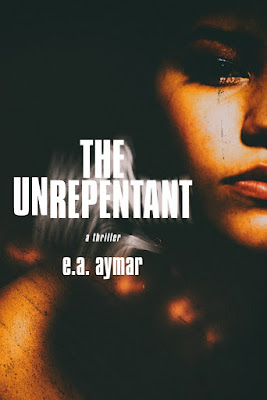 They never expected her to fight back…

Eighteen-year old Charlotte Reyes ran away from an abusive home only to end up tricked, kidnapped, and taken across the country by criminals. Charlotte manages to escape with the help of a reluctant former soldier named Mace Peterson, but she can’t seem to shake the gang or the crooked cop paid to bring her back—alive or otherwise. With nowhere to run and nowhere to hide, Charlotte realizes she only has one option. She has to fight.

Set in the Virginia, Maryland, D.C. triangle, The Unrepentant combines page-gripping action and black comedy, and provides a no-holds-barred, necessary examination of the dark corners of the human mind.

Praise for THE UNREPENTANT:

“A gut-wrenching crime thriller. Readers who appreciate depth of character alongside gritty nonstop action will be rewarded.” —Publishers Weekly

A tough read depicting the trafficking and sexual abuse of a young women at the hands of a gang of criminals, headed up by one of the most brutal characters, Barnes that I've encountered in my reading over the past couple of years.

When Charlotte Reyes refuses to have her spirit broken, even though her body has been traumatised the answer is obvious for the gang. A violent death in the woods followed by burial in an unmarked grave. This is when her luck changes in the form of a fortuitous encounter with Mace Peterson, disturbing the intended execution.

On the run and hunted, and with severe trust issues, Charlotte has to decide on fight or flight. We end up with a combination of both, as Mace and his ex-wife Eve work on securing her safe passage across the country and a new identity with help from a small network of anti-traffickers. While that is being set up, Charlotte instead of playing safe sneaks off to try and get payback on her abusers on a one to one basis.

There are some interesting characters and dynamics in the book. Mace and his ex-wife still care for and worry about each other. He has a troubled family history, marred by depression and suicide in previous generations, which he fears will account for him in the end. Instead of sharing his fears and concerns with Eve, he's pushed her away and there's a schism between them. Charlotte's sudden appearance in their lives, almost acts as a kind of relationship therapy as it takes attention away from themselves and gives them a common purpose - help the girl.

Charlotte herself is a wonder. As she opens up to Mace and Eve, we get her back story and the details of her abuse and confinement. For someone so young her resilience is astonishing. I was conflicted between wanting her to play safe and sneak away quietly into a safer life or seeing her go full-throttle payback on her captives.

Plan B makes for an exciting read.

The author, through his characters also opens up a wider debate regarding prostitution and whether it is all abuse and control and subjugation, or if it is a legitimate career choice for people to pursue, not one necessarily forced upon them by economic necessity, or as in the case here by falling prey to criminals. 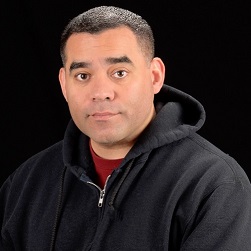 A harsh, brutal, and concerning story but balanced with hope, friendship, healing and a healthy dose of payback.