Two from Sophie Hénaff a French author that I know nothing about, other than she's written a couple of books that I quite like the look of. 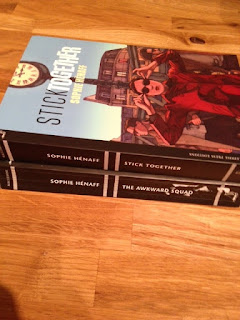 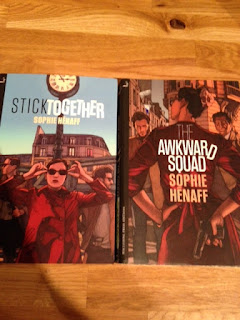 Sophie Hénaff is a journalist, author, and former Lyonnaise bar owner. She began her journalism career as a critic at Lyon Poche, before moving to Paris to write for Cosmopolitan, where she established her own humorous column, "La Cosmolite." The Awkward Squad was first published as Poulets grillés in 2015, and is her first novel.

Both books have mostly positive reviews over on Amazon and I'm forever berating myself about not reading enough female authors. Can't recall the last French crime fiction I read either, so two birds dead with the one stone. 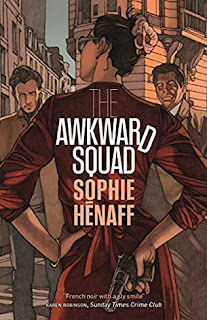 Officer Anne Capestan's team of misfits will have to work together to investigate a decades-old unsolved murder . . . and in the process uncover a trail of corruption that leads to the top of the Paris police force.

"A delightful creation." --The Times

"Quirky and interesting . . . Much to savor." --Library Journal

Was the old lady murdered seven years ago really just the victim of a botched robbery? Who was behind the dead sailor discovered in the Seine with three gunshot wounds? And why does there seem to be a curious link with a ferry that was shipwrecked off the Florida coast many years previously?

Suspended from her job as a promising police officer for firing "one bullet too many," Anne Capestan is expecting the worst when she is summoned to HQ to learn her fate. Instead, she is told that she will head up a new police squad, working on solving long-abandoned cold cases.

Though relieved to still have a job, Capestan is not overjoyed by the prospect of her new role--and even less so when she meets her new team: a crowd of misfits, troublemakers, and problem cases, none of whom are fit for purpose and yet none of whom can be fired. 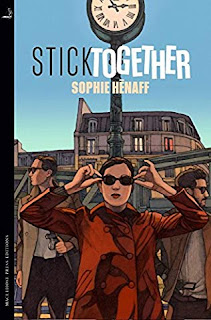 Officer Anne Capestan and her squad of misfits must turn their attention to a more personal case--the murder of Capestan's ex-husband's father, a lifelong member of the Paris police force who had no shortage of enemies.

After their successful solving of three cold cases and exposing corruption at the very highest levels of the Paris police force, Officer Anne Capestan's team of oddballs and no-hopers should be in a celebratory mood. However, now despised by their colleagues at 36, quai des Orfevres and worried for their future, morale has never been lower among the members of the Awkward Squad.

Capestan is doing her best to motivate the team, but even she cannot maintain a cheerful facade when she has been assigned to investigate the murder of Officer Serge Rufus, the father of her ex-husband. Worse, it soon appears that his murder is linked to two other victims, both of whom were warned by the killer before they struck.

Can Capestan marshal the forces to solve another hopeless mystery, or will her team's previous success be proven just a fluke?