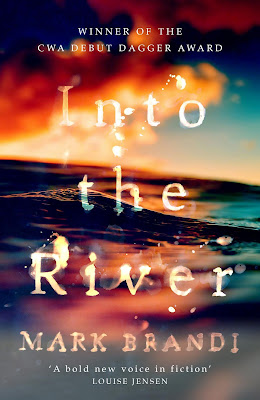 SHORTLISTED FOR LITERARY FICTION BOOK OF THE YEAR, ABIA AWARDS 2018

SHORTLISTED FOR THE MATT RICHELL AWARD FOR NEW WRITER OF THE YEAR, ABIA AWARDS 2018

SHORTLISTED FOR THE NED KELLY AWARD FOR BEST FIRST FICTION 2018

Growing up in a small country town, Ben and Fab spend their days playing cricket, wanting a pair of Nike Air Maxes and not talking about how Fab's dad hits him, or how the sudden death of Ben's next-door neighbour unsettled him. Almost teenagers, they already know some things are better left unsaid.

Then a newcomer arrived. Fab reckoned he was a secret agent and he and Ben staked him out. He looked strong. Maybe even stronger than Fab's dad. Neither realised the shadow this man would cast over both their lives.

Twenty years later, Fab is going nowhere but hoping for somewhere better. Then a body is found in the river, and Fab can't ignore the past any more.

An extremely enjoyable read concerning two boys growing up together, their childhood friendship, their loyalty to each other and the consequences that has for both later in life.

Fab and Ben are best friends. They are on the threshold of puberty, interested in girls and breasts while fretting about the changes in their own bodies and the size of their parts. But there's an innocence about them, they play cricket together, they fish and they have the same enemies at school. Invariably Ben fights the bullies at school, the ones picking on Fab because of his look, his heritage, his unfashionable clothes and out of date trainers. He gets his lumps at school and more from his father at home.

A death of a teenage girl - a casual friend - a few doors down the road from Ben, troubles them both and brings a stranger to the neighbourhood, Ronnie. Ronnie rents the property after the girl's family moved out. Ronnie befriends Ben's family and soon has him doing odd jobs for pocket money - mowing the grass, tidying the shed.

Fast forward a bit....... Ben wearing two hundred dollar trainers, and a bit of distance between the two boys - both physically and emotionally.

The story unfolds in a non-linear way which I really liked. We open in present day, where a couple of youngsters have discovered something dumped in the river. We then have the tale of Ben and Fab's friendship and life in their small town. We catch up with the pair at a party long after their school days are done and they've gone their separate ways. And we spend time with Fab, in present day, drifting through life, unsettled making plans for a move to the city and hoping that the spark he shares with the local barmaid is strong enough for her to leave her loveless marriage and join him. Our river giving up its secrets may just put his plans on hold.

There's some difficult subject matter in the book, which is uncomfortable though thankfully never explored explicitly. There are some powerful themes throughout - friendship, love, loyalty, family, race, curiosity about the adult world, adolescence, innocence and the loss of it, drift, a lack of ambition and direction, the shadows that the past cast over the present and ultimately an inability to escape that history. 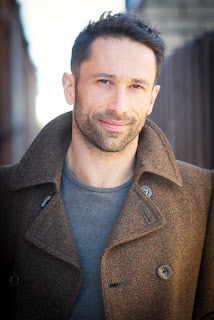 Into the River is Mark Brandi's debut novel which was initially published as Wimmera in Australia a year or two ago. I look forward to hopefully reading his second book - The Rip - when it drops in the UK.