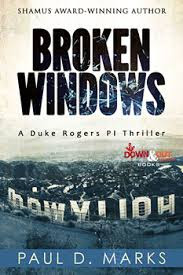 While the storm rages over California's notorious anti-illegal alien Proposition 187, a young woman climbs to the top of the famous Hollywood Sign - and jumps to her death. An undocumented day laborer is murdered. And a disbarred and desperate lawyer in Venice Beach places an ad in a local paper that says: "Will Do Anything For Money."

Private investigator Duke Rogers, infamous for solving the case of murdered starlet Teddie Matson, feels he must do "penance" for his inadvertent part in her death. To that end, he takes on the case of Carlos, the murdered day-laborer, as a favor to his sister Marisol, the housekeeper down the street from Duke's house.

Duke must figure out what ties together Carlos' murder, the ex-lawyer's desperate ad and the woman jumping from the sign? And who is the mysterious "coyote"? Amid the controversial political storm surrounding California's Proposition 187, Duke and his very unPC sidekick Jack are on the case. They slingshot from the Hollywood Sign to Venice Beach. From East Hollywood to the "suicide bridge" in Pasadena, and from Smuggler's Gulch near the Mexican border back to L.A. again. Their mission catapults them through a labyrinth of murder, intrigue and corruption of church and state that hovers around the immigration debate in this searing sequel to the explosive Shamus Award-winning novel White Heat.

Broken Windows is set in LA, in 1994 a year or two after the events of White Heat and against a backdrop of agitation and unrest as California prepares to vote on Proposition 187; a measure designed to limit the access of illegals to public services. Proposition 187 was also known as Save Our State.

Our main man, Duke Rogers is still trying to assuage the feelings of guilt he feels for the part he played (unintentionally) in the death of Teddie Matson. His notoriety brings him celebrity cases and he's not hurting for money. Hence the willingness to look into the death of Carlos, an illegal, on behalf of Marisol, the girl working down the street and our murder victims sister. Best friend, Jack with his own strong views on immigration wonders why he's wasting his time.

In an as yet unconnected story strand we also get to know Eric, a down on his luck and disbarred lawyer. Eric is desperate. Family gone, career gone, he's hurting and not just for money.

A dead illegal, a private investigation - the police aren't wasting too much time on this, and a broken man. Plus our book opener, a failed young actress jumping to her death from the Hollywood sign. As a reader, you know somehow or other that these disparate strands of story, of people and events will have a connection and a meaning and it was enjoyable watching Rogers in the skilled hands of the author discover the links and join up the dots. That there's some hard miles to be travelled to get to that point was part of the reading pleasure.

Coyotes, runners, sanctuary, the church, a fixer, a councilman, politicians of all shades, a closed and suspicious immigrant workforce, a dog, friendship. a pair of cops - good cop and bad cop, good cop being female, attractive and potentially something more but also dangerous, a scam and a conspiracy, the pornography business, thwarted ambitions, HIV, an unsuitable girlfriend for a politician, some back-up in the form of a somewhat politically unenlightened, not very liberal, best friend Jack, an errand boy, a pier and meeting place, a homeless waif and drug addict, a fledgling romance. an attempted hit, a bullet wound, a murderous coyote cleaning house, race rallies, more death closer to home, another trip to a famous LA landmark and an accommodation - with justice of sorts delivered, albeit imperfect, but realistic.

What I really enjoyed in addition to a joined-up, coherent and satisfying case, was the backdrop of the city, depicted both physically in Mark's referencing of cultural hot spots and emotionally in the depiction of the attitudes and mood of the time. You can sense Paul D. Marks is an Angeleno.


Hopefully Paul D. Marks is busy scribbling away at the next Duke Rogers mystery. 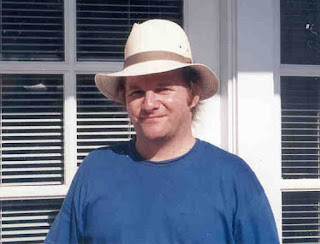 He's the author of two other novels - White Heat, which won a Shamus Award and Vortex. He also has a short story collection L.A. Late @ Night and several novellas available.