The man emerged from the mist, right in front of Cathy Weaver's car--running from killers who were closing in on him. Victor Holland's story sounded like the ravings of a man on the brink of madness, but his claim to be a fugitive was confirmed by the haunted look in his eyes--and the bullet hole in his shoulder. As each hour brings pursuers ever closer, Cathy has to wonder, is she giving her trust to a man in danger or trusting her life to a dangerous man?

My wife is a big fan of Tess Gerritsen's books, in particular her Rizzoli and Isles series. Whistleblower is a standalone I bought for her and pre-dates R+I by nearly 10 years. I've read a few from Gerritsen over the years, but couldn't claim her as a favourite of mine. I did enjoy this one though, probably more thriller than outright crime fiction, which - as the book progresses - develops into borderline romantic fiction.

It starts at a pace. Victor Holland is being pursued and Cathy Weaver after bumping him with her car, takes him to hospital, bullet wound and all. He has temporarily escaped from danger. Later that night, Cathy's pregnant friend is mistaken for her and murdered. Cathy is bereft and puzzled, not realising she herself was the target - the killer mistakenly believing Victor passed something onto her. Something he initially believes he has recovered from her car. Victor after recovering from surgery and fleeing the hospital knows better.

I quite like the lone man against THE MAN type thriller. In this case we have two strangers thrust together, forced to trust each other while their stop at nothing pursuers come ever closer to them. The raison d'etre for the whole episode? Victor Holland's employer has been developing a biological weapon illegally for a deniable US Government adviser. Holland's colleague was killed when he baulked at the project, getting some evidence to Victor before his death. Victor has the baton now and is the whistleblower and Cathy the innocent caught up in events because of the accidental RTA at the opening of our book.

I liked this one more than I expected to. It's an interesting premise which has characters trying to do the right thing, barely holding it together and ever increasingly paranoid in that they can't trust anyone, with big brother manipulating media and law enforcement to conspire in their capture with the propagation of fake news about Holland - Gerritsen about 25 years ahead of her time!

Great pace, very tense, chilling in places as the pursuit of Cathy Weaver (almost on a par now with Holland as an enemy of the people) has severe consequences for others of her name, decent characters, plenty of friendship and loyalty on display as well as dogged determination.

If I had one criticism it would probably be churlish, but the two main characters are drawn closer together and not unnaturally develop feelings for each other during the course of the book. We don't hear wedding bells at the outcome, but I'm guessing they aren't a million miles away. It's not one of my preferred reading traits, a burgeoning love story but here it was credible, just not something I go mad about personally. 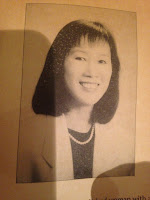 Overall not too bad.