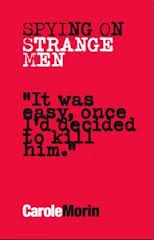 Vivien Lash has the life that everyone wants. A successful artist, with the perfect husband - a mysterious diplomat who adores her. She spends her time gleefully tracking her 'installation', which is what she calls her creepy neighbour. Spying on Strange Men begins as a comedy, illuminated by Vivien Lash's imaginative way of seeing the world. She doesn't so much have a habit of seeking out the grotesquely funny, she just seems to act as a magnet for it. Then all of a sudden, like a summer night in a strange city, the reader realises it's getting dark, and the surroundings that seemed amusing a few pages back, are suddenly threatening. What is Mr Lash really doing on all his foreign trips? Is Elvis the night porter as harmless as he first appears? And, while she's watching Creepy Neighbour, is someone watching her?

A short book, so a quick read, some great writing, some interesting character observations, a bit unsettling, a slightly confusing outcome which having read twice I think I've got the gist of - but who knows.

Our main character is married, but after receiving a photograph - presumably of someone her husband is involved with - she decides to kill him. I don't think the context of the photograph is ever fully explained though. In the course of plotting to kill him, or maybe just fantasising about it, she spies on a neighbour, whom she suspects of killing his wife. Someone is dead at the end of the book.

It's probably not the story that is going to remain with me though.....

And mad Tracey's right. There are worse things than being raped. There's always something worse........

Being poor is worse than being raped. It lasts longer. It's more mundane. Being poor poisons you slowly. Rape at its best is quick and bestial. It's common to fantasise about it.
But nobody fantasises about being poor. Who lies on their bed daydreaming about having no money? Being poor for too long makes it impossible to believe in dreams anymore. Even when they happen.
But there are things you are allowed to say out loud. And others you are supposed to keep to yourself. 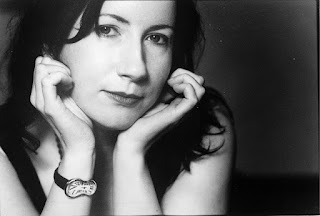 Mad Tracey being Emin, the thoughts our main character's. An unsettling passage, a thoughtful passage, a controversial passage.

Best book ever? No
Want to read more from Carole Morin? Hmm, undecided, maybe not.
Recommend it to others? Probably not.