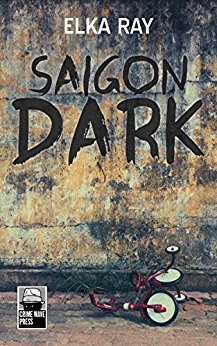 A STORY ABOUT FAMILY, BETRAYAL AND BELONGING - AND HOW HARD WE FIGHT TO PROTECT THOSE WE LOVE.

In Saigon, a grief-stricken young American mother switches her dead child for a Vietnamese street kid. Then she returns to the US. Good and bad. Life and death. Some choices aren't black and white

She remarries and starts to feel safe until she gets a note: 'I know what you did'.
Can she save her daughter from her dark secret?

Very intense, quite troubling with a moral question posed for the reader, a life lived concealing an action which is understandable but rash and one from which there is no turning back. One which has consequences way down the line.

Lily is a single mother in Saigon, Vietnam. She has a decent job as a plastic surgeon. Her husband, Vinh left her when she was pregnant with their second child. His leaving haunts her dreams still. Their second child, a daughter has West syndrome and early on in our tale she dies. Lily panics and consumed by grief or guilt, probably both she buries her in the back yard. A second rash decision follows immediately after. The father of the squatters next door abuses his wife and children. Their young daughter is found by Lily seemingly abandoned, screaming in the street. After attempting to calm her and witnessing the cigarette burns on her body, Lily takes her and using her own daughter's passport flees the country with her young son in tow as well.

Life after a while returns to normality. A new job in Hanoi, a new man in her life, marriage and prosperity follow. The kids are happy, her son seemingly oblivious to his mother's secret, accepting of the impostor as his sister. Life for Lily is almost normal. She can almost forget.

Until a career move for her husband beckons and Lily, unable to confide her secret, reluctantly returns to Saigon. Old faces emerge from her past and all of them awake a dread in Lily. Her marriage hits a rough spot, her son has issues settling in a new school, her old housekeeper wants her job back, Vinh pays a visit, a former friend from her previous life proves to be anything but.... and a blackmail note arrives threatening to expose her dark secret.

Paranoia, isolation, secrets, a life constructed around a lie, all about to fall apart. It's hard not to root for Lily, despite feeling conflicted over her actions years ago. An unlikely alliance is formed to help her deal with the threat not just to herself but the sanctity of her family. A third party learns the secret from Lily herself and resolves to protect her. Their future beckons with even bigger secrets needing to be concealed but at what damage to the conspirators?

I quite enjoyed discovering who was threatening Lily, as there were several possible candidates, including at one point someone very close to home. My relief was palpable when that proved not to be the case. I don't think Lily could ever have recovered from that blow. Even now I wonder if she is just delaying the inevitable and a cataclysmic explosion is going to erupt way down the line. BTW - all my guesses were off, as the author cleverly sneaked one past me. 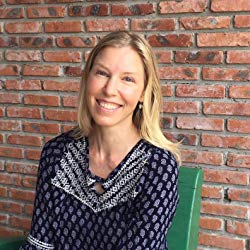 I enjoyed the Vietnam setting of the book. I have read a lot of fiction and non-fiction in the past about the Vietnam War and it was nice to revisit the country in more peaceful times, albeit with another struggle, admittedly on a much smaller scale taking place.

Enjoyable, tense, gripping, never dull, an interesting quandary - were her actions justifiable or not, what life would her "daughter" have had without Lily's intervention? I'm still pondering that one.

Elka Ray has written a couple of other books - Hanoi Jane and What You Don't Know. Saigon Dark was my first time reading her work.