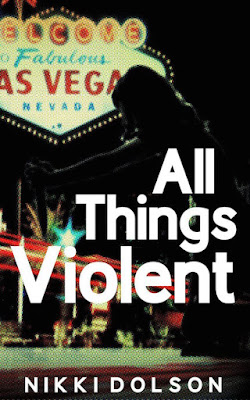 Once upon a time, Laura Park was a normal college sophomore with her best friend at her side. A year later, Laura was on a deserted road on the outskirts of Las Vegas killing a man.

She didn’t expect to get away with it but she did with the help of a stranger named Simon who took her in, liquored her up, and broke her down.

Soon the ambitious Simon introduces her to Frank Joyce, a man who would teach her how to become a stone-cold professional killer.

Laura learns her deadly trade and earns her money. Twenty-six years old and she thinks she’s found her happily ever after. Sadly it all falls apart when Simon leaves her for another. Now some other woman, blonde and polished, all shiny and new, is living Laura’s happy life.

Heartbroken, but knife always at the ready, Laura waits for any opportunity to get Simon back. The question is, when she gets her chance, will she take it?

In Laura’s world anyone can become a target, loyalties can shift in a blink of an eye, and when everyone is homicidal, people are definitely going to die.

A debut novel from Nikki Dolson and an entertaining read about Laura, a professional killer and her relationships with her employer and former lover, Simon; her mentor and colleague, Frank and Simon's new wife, Marjorie.

Through the course of the novel, we get Laura's back story and how she came to be with Simon. We chart the progress of their relationship, we note the unevenness of their affair, the imbalance in the relationship, the control Simon exerts over Laura and we're privy to Laura's devastation at Simon's callous ending of the romance, whilst still retaining Laura as an integral part of his business - the business of killing people. Simon is Laura's achilles heel. She possesses enough self awareness to understand he's a turd, but she's obsessed, addicted and weak and unable to sever the work relationship if it means losing him completely. She's a puppy at his beckon call, with only minor bouts of disobedience.

Parallel to her Simon relationship, we also chart her progression from rookie assassin, to capable operative under the tutelage of Frank. Frank who is cruel, indifferent, loyal and a machine; well able to mask any feelings he may or may not have for Laura or ambitions he may have regarding his career. Frank, however has Laura's back and saves her skin on several occasions, during her on-the-job training.

We also get to view the tension between the two women in Simon's life, their jealousy towards each other and the pressure on the marriage as Simon seems to tire of his wife after a period. 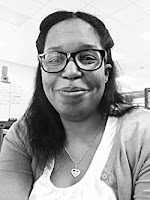 The relationship between the four, in between bouts of killing for hire is going to get messy before we're done. Three in a marriage is one too many, how about four?

I really liked this one, my kind of book. Characters, pace, Vegas setting mostly, and an interesting story arc. I'm hoping Nikki Dolson picks up where she left off with most of our characters in a future book.