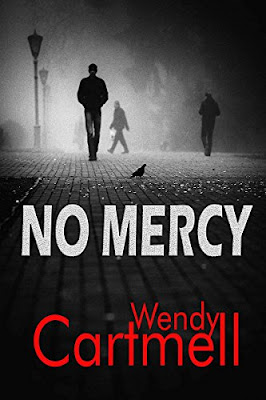 Love Strike and Stone? Banks and Bosch? Read Crane!
Sgt Major Crane, a detective prepared to do anything it takes in the pursuit of justice.

A collection of short stories including:

No Mercy - prequel to the bestselling Steps to Heaven #1 in the Sgt Major Crane crime series. Is crime ever justified? Would you be merciful if it came to it? Or would you take your revenge? Crane investigates a fire in which a man dies. Was it an accident or something more sinister? Crane won't stop until he finds the truth.

Who's Afraid Now is the prequel to Hijack the 6th Sgt Major Crane crime thriller. When Sgt Billy Williams finds local youths treating his parents with disrespect, well he just can't resist giving them a taste of their own medicine. Afterwards he boards a train home, only to find it's not the end, just the beginning...

Cartmell Rocks! This collection of short stories showcases Wendy Cartmell's fresh style and engaging prose. She presents a variety of situations of people caught in intriguing circumstances. The author delivers a twist to many of her stories in this collection.
Ed Benjamin Author

A short book offering a couple of hours of entertainment and a taste of Wendy Cartmell's work, with a couple of short stories and an intro to one of her longer books.

No Mercy ..... a case of arson with the death of a soldier to be investigated by one of Cartmell's series characters - Sergeant Major Tom Crane of the Military Police - well written, tight, a case of domestic noir, after a previous line of inquiry was eliminated

Who’s Afraid Now ...... Crane's assistant Sgt Billy Williams goes home for the weekend to find his parents and others on their estate suffering at the hands of some local scrotes. Enjoyable, but a bit too convenient with the outcome. If Williams can resolve this so easily, better get him onto Brexit, before sorting out the Arabs and Israelis. I liked Williams and I enjoyed the tale, but wasn't totally convinced by the believability of our outcome.

What If….? ...... an unhappy marriage, at least for one of the two, but things have a way of working themselves out, accidentally or otherwise - probably my favourite of the bunch.

Another Satisfactory Day ..... a smug, slimy, unscrupulous salesman gets his comeuppance

The Telephone Call ..... another tale of domestic strife, blackmail, kidnap and an unexpected  pay out

Steps to Heaven .... the first three chapters and an interesting start .......blurb below

A murdered family. A merciless serial killer. Can Crane stop the killings?
When a soldier is found to have killed his family in a brutal attack, Crane and his team of Military Police detectives are called in. As more deaths are uncovered, Crane is convinced there is a serial killer at work. But no one else is.
Can Crane uncover the connections between the deaths, in this riveting and gritty mystery? 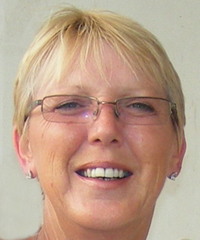 I enjoyed this short offering, probably a fraction more than I expected to. Definitely an author I'd be interested in reading more from in the future, which I'm guessing was the author's hope when serving this one up.

Steps to Heaven and another of hers - Mortal Judgement sit on the pile.