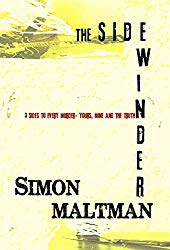 There are three sides to every murder- yours, mine and the truth.

When two members of a former nineties band die in suspicious circumstances, the surviving members are embroiled in a web of murder, revenge, love and deceit. Follow the now politician, journalist, session musician and police officer as they attempt to uncover the truth, through many dark twists and turns. Nothing is as it appears in The Sidewinder.

“What Raymond Chandler was to L.A, Maltman is to Belfast, a novelist with an eye for the seedy underbelly of a city.”

Belfast, a suspicious death, and a few unlikable characters from a retired rock band circling each other, some trying to find the truth and one attempting to conceal it.

Dark secrets, slights and grudges held onto, siblings, marital issues, workplace competition, journalism, police work, lying to family, stress leave and days out in the countryside, infidelity, suspicion, a political career, a funeral, an investigation, plenty of bar-hopping and spliff smoking, an almost accidental murder - someone has anger issues, a musical history, almost success, a break-up, shadows from the past - a death in the family and a fall from a window, chickens coming home to roost.

Told in turn from alternate characters, neither of whom was particularly likable, only one of whom was actually detestable, but capable of showing a respectable public face. I really liked it. I do like an Irish setting as well and as I haven't been to Belfast, I was happy to take the tour with Maltman's characters. 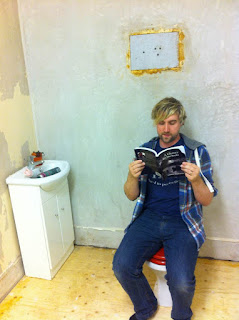 Tense in places, a dark turn near the end, darker actually - dark would cover some of the secrets revealed to us earlier during the narration of our character's histories. A brutal and bloody climax. Here's one band that won't be reforming and supporting the Spice Girls on their upcoming tour.

I've enjoyed Simon Maltman's work before - Bongo Fury and More Faces. I've a couple more on the pile still to get to.