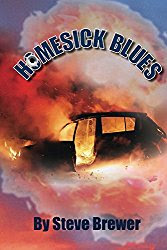 Fleeing the federal witness protection program, Jackie Nolan is on her way back home to Albuquerque when she finds a car burning on the side of the highway. The driver is dead, and Jackie sees a chance to start over with a new identity. But the dead woman had big troubles of her own. Soon, Jackie's on the run in her own hometown.

Round two with Brewer and Jackie Nolan. Nolan’s just quit the Witness Security programme, a little bit disgruntled at her minder, US Marshal Ellis McGuire whose attentions towards her are less than honourable and which have become persistent and intolerable. Her mum has passed and there is nothing holding her in sleepy Montrose. Secondly she hates answering to the name Gwen.

Time to hit the road and why not head back to Albuquerque - surely the bad hombres from down Mexico way will have stopped looking for her now? A burning car, with a cooked carcass and not a soul in sight has Jackie finding a purse and a new ID. Perfect. Next stop our old hometown.

However our crispy critter is crispy for a reason, namely stealing a briefcase full of cash from a slimy developer which was due to pay off his bookie. Joe Dog, the henchman sent to recover the money failed and torched Nancy Ames instead.

There’s no hometown welcoming party for Jackie. An abrasive encounter with Joe Dog and a red flag raised on her by the love-struck marshal, brings grief in the form of the crooked police chief informing the Mexicans. Jackie, fresh out of friends and ideas turns to Romeo Sandoval - the invalided former marshal whose life she saved in round one – for assistance. Memories of a lingering kiss while in his hospital bed has him limping to the rescue.

Mexican cartel hitmen, an incompetent henchman who is persistent if nothing else, a crooked cop, a vindictive lawman who won’t take no for an answer, some missing moolah, a blossoming attraction, plenty of frenetic encounters, a rising body count, tacos to die for and lots more.

If Brewer decides on a third outing for Jackie – deal me in! I read all of this one in a single day – 300 plus pages.

Ticks in all the boxes – pace, storyline, setting, characters, humour, action and finale. Never a dull moment with Steve Brewer in the driving seat. 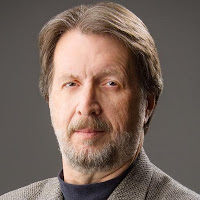