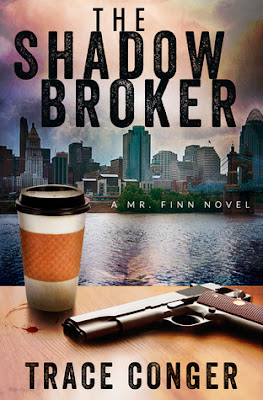 When finding criminals is your business, it’s easy to make a killing.

Finn Harding (Mr. Finn to his clients) specializes in finding people who don’t want to be found. Stripped of his PI license, Finn begins working for the type of clientele who operate in the shadows, pay in cash, and don’t care if he’s licensed or not. As Finn becomes ensnared in a plot to take over a black market information brokerage, he finds himself and his family straddling the thin line between life and death. With his own clients gunning for him, Finn must evade a psychopathic killer, special agents from the FBI’s cybercrime unit, and a Detroit mob boss. He’s about to find out that working with criminals has its advantages. Staying alive isn’t one of them.

In The Shadow Broker, Trace Conger delivers a sharp-edged and gritty tale of crime, murder, and family. It’s a fast-paced crime thriller that holds nothing back.

The Shadow Broker is the first in a three book series from Trace Conger and introduces us to Mr Finn.

We have a story line which hooked me from the start. Finn is hired to locate a man who has started blackmailing our client. Our client is a law-breaker - he hoovers up data on people, legally and illegally and sells it on the dark web for profit – no questions asked. His security has been breached and he’s not going to stomach paying a monthly $50k as a business expense. Not when he can pay Finn $20k to locate him and then have a guy put a bullet down his throat.

Finn finds his man, maybe a little too easily and then against his better judgement doubles his money by acting as back-up for Freddie. Freddie is engaged to do the client’s wet work. Soon our man is further embroiled in nefarious deeds.

I really liked this one – a fast-moving twisting plot, a likeable character in Finn even though he is involved in criminality and is not above getting his hands dirty. There’s plenty of family background on Finn – his daughter, his father, his ex-wife and her tool of a current husband or boyfriend, Dr. Dickhead – I can’t remember which. Rather than detracting from the plot this added to it, especially when the tables get turned on Finn and his family are placed in jeopardy.

Plenty here for me to like. Nothing too cerebral but it was my kind of book. One of my benchmarks for assessing the enjoyment factor of a book is asking myself whether I would be interested in reading more from the author – a big fat yes in this case. 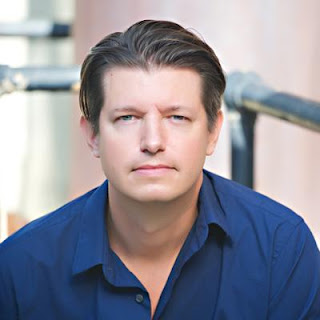 The second and third books in the series are Scar Tissue and The Prison Guard’s Son. Bizarrely the third sits on the pile but the second doesn’t.