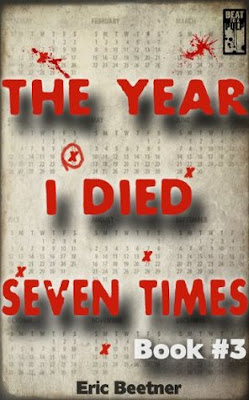 Dying twice hasn’t deterred Ridley from finding the love of his life. The mystery deepens and the action increases as Ridley enlists the help of old buddy CJ for a return trip to New York. There, he’ll encounter vicious gun dealers, some familiar faces (not in a good way) and an old friend who may be able to help find Miho.

This time he’s walking straight into the Lion’s den in search of answers. Death awaits, but that’s just the kind of year Ridley’s having.

Episode 3 and another 40-odd page blast. Having read the second installment late last year I did have to re-read number 2 to refresh my memory on where Ridley had got to. (Note to self, maybe don't leave it eight months between episodes.)

Ridley dies and miraculously (or maybe not) lives and is back in LA. A bit of soul-searching and some tapping of the trust fund and he's headed back to New York with best friend in tow. This man ain't giving up on his gal just yet.

More adventures and mishaps - an old old friend of his fathers revisited and an under the counter drugs and gun deal which is fraught with danger. Ridley is ready again to seek some answers from the Japanese gangsters who've disappeared Miho.

Does it end well? The answer's in the title - probably not.

Entertaining enough, a bit (ok a lot) of suspension of disbelief required especially around our climax and usual subsequent re-birth, but hey I liked it. There's some great scenes of conflict, laced with more than a pinch of humour and I am keen to see what the ultimate outcome is. If an author keeps you engaged and invested in the story, while making you laugh, what more do you need? 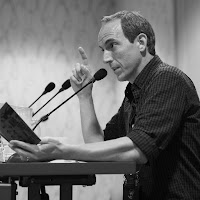 This was originally published as 7 Episodes or monthly installments but is now only available in a single volume.