MARTIN STANLEY - THE CURIOUS CASE OF THE MISSING MOOLAH (2014) 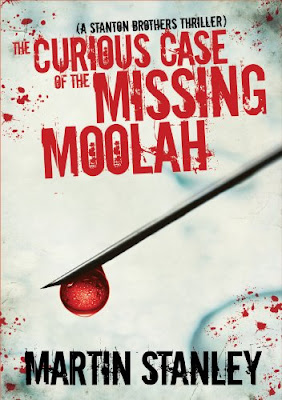 Eric Stanton has a big problem. Three armed robbers have stolen ten grand of his boss’ money from him. So far, so bad.

However, his boss isn’t the kind of man who will take that loss lying down. If Eric can't get the money back, then it becomes his debt. And his boss isn't a man he wants to owe money to, especially when he can’t afford to pay. So he's left with one option: get the money back before anybody notices it’s gone!

But when he realises that this is a setup and that it's part of a bigger picture, he does the one thing he can think of to even up the score – he brings in his brother, Derek. Now, Derek might not be the smartest man on the planet, or the most reliable, but he’s six-feet-four, strong as an ox and handy with his fists.

So the brothers decide to play detective and take a trip around the seamier parts of Teesside in search of the money – upsetting the locals, breaking bones and trading quips, right up until the brutal finale.

Foul-mouthed, fast-moving and bone-crunchingly violent – this is one Case that’s bound to make you Curious!

WARNING: CONTAINS VERY STRONG LANGUAGE AND VIOLENCE THROUGHOUT. NOT FOR THE EASILY OFFENDED OR THOSE OF A SENSITIVE DISPOSITION.

Probably not everyone's cup of tea, but it was one of the funniest and most entertaining reads I had in October 2016. First page and I know I'm in for a treat.........

Alan Piper feet up on desk, leaning back smoking a cigar.... He liked to brag that each of these cigars set him back £25 a pop, which was a lot to pay for something that smelled like dog shit in a burning plastic bag.

Piper is Eric Stanton's boss. Piper is a money lender and Eric is his main collector, though he's considering a career change. He needs a bit of money behind him for that to happen. Out on his rounds, Eric and his partner Mark get distracted by one of Piper's girlfriends when dropping off an envelope. When they leave the flat, an ambush occurs with masked men relieving Eric of Piper's stash.

We spend the rest of the novel, galloping around Teesside trying to correct the situation in the company of Eric, Mark and Eric's less than rational brother Derek.

I used to avoid reading British crime fiction because I never wanted to read about where I lived, much rather visiting foreign climates on the page. What an idiot I was.

The good news is I have another 5 of these Stanton Brother outings on the Kindle! 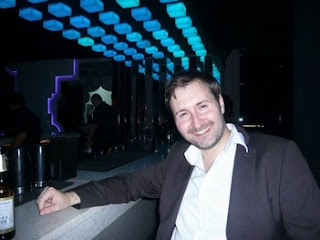