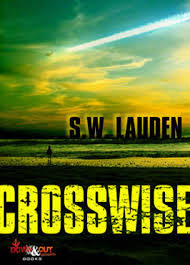 Tommy Ruzzo is a disgraced NYPD cop who follows his coke fiend girlfriend back to her hometown in Florida. She leaves Ruzzo high and dry just before he's named Head of Security at Precious Acres, a beachfront retirement community populated by wisecracking New Yorkers. Ruzzo is stranded among the local losers until the day he discovers a murdered senior citizen on the Precious Acres bocce ball court.

The bodies pile up as Ruzzo uncovers a dangerous trail of clues that brings everybody in his new world under suspicion.

"The suspense starts on the first page and doesn't let up. A unique setting with unforgettable characters."
- Terrence McCauley, author of SYMPATHY FOR THE DEVIL


The first in a two book series (so far at least) from S. W. Lauden and featuring an ex-cop Tommy Ruzzo. Ruzzo left New York in disgrace and is working as security at a retirement community in Florida. Some of his retirees start getting killed and Ruzzo works with the local law to try and catch the killer.

In a nutshell, enjoyable but not especially memorable if I’m honest. It’s quite a busy book. Ruzzo’s ex-girlfriend, Shayna Billups and the cause of his disgrace flits in and out, still managing to lead Ruzzo around by his pecker. Her ex-husband is also on the scene, someone with contacts to the top cop involved in the case - Sgt. Badeaux. Ruzzo’s mystery employers also have an agenda of their own. There’s a crossword clue theme which runs through the book which keeps pointing to the next victim, I think. This facet didn’t particularly work for me.

I think I was thrown a bit when reading. The publisher Down and Out Books have a habit of back-loading their editions with extended samples of other books in their canon. I forgot this, so when the tale ended around the 80% mark it caught me unawares.

Interesting main character and an enjoyable setting. A fair bit of humour on display and some great scenes involving Ruzzo and Shayna, Ruzzo and Badeaux and Ruzzo and his employers – maybe a case of some of the parts being more enjoyable than the whole. 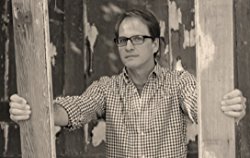 I have the second in the series – Crossed Bones to get to at some point.

The author also has another series to his name featuring Greg Salem - Bad Citizen Corporation and Grizzly Season are out so far, with Hang Time coming early next year.