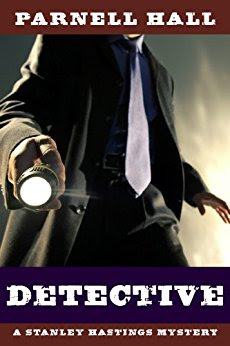 This debut entry in the author's mystery series features actor-turned private investigator Stanley Hastings. Poor Stanley! In a word, his pursuits end in FAILURE. So when Martin Albrecht comes to him with a case for a real detective, Stanley turns him away. Unfortunately, Stanley's damned path leads to his finding Albrecht dead. Well now he's been challenged, so he has to take the case; maybe Stanley will finally prove that he's a real detective. To solve this case Stanley must descend into the modern-day inferno that consists of drugs and mob operations. Will he come out of it alive... A first novel from Parnell Hall, playwright and screenwriter, and actor, introduces erstwhile detective Stanley Hastings who, while engaged in phony detective work in aid of an insurance swindle, stumbles into his first real case. This is the author's first novel and the initial book in his now lengthy series featuring this Manhattan-based detective, a most unusual private eye. When an almost client turns up dead, this PI goes into an underworld of coke and kicks among the Big Boys of Miami and New York, taking the kind of risks that can get a guy real dead - real fast.

Read last December and really enjoyed. If I had more time and money and less existing books on the TBR pile I'd happily hoover up the entire 25-odd long series.

A few scrambled thoughts, which hardly do the book justice.....

Our man Stanley Hastings during the course of the novel, proves himself to be a real detective having had no notion of being one at the start. He's more of an ambulance chaser, signing up victims of accidents so that his company can sue for damages.

A man mistakes Hastings for a real detective and wants his help. He's a gambler and in over his head. Victim of some crooked games, he's now moving drugs for the mob, only he's been shaving the loads and is in bigger trouble than before. Hastings gives him the bum's rush, but when the man is murdered soon after, he feels compelled to look into things.

I really liked how the story unfolded, Hastings going from A to B to C, all the while counting the pennies and pretending to his wife and employer that he is just going about his daily business. Money is tight in the Hastings household and every dollar counts.

"......I couldn’t fight my way out of a paper bag. The most dangerous thing I do is go into some pretty undesirable neighborhoods to interview prospective clients. I don’t like it. I always feel as if I have a sign saying “mug me” on my back. Actually, I’ve never had a problem. People who see me going into slums and housing projects figure I’m either a cop or I’m out of my mind, and they leave me alone. That’s what I do. And that’s all I do. You’re the first person who’s ever asked me to do anything else.”

I stopped talking. He looked at me. He’d been looking at me the whole time I was talking, and his expression didn’t change when I stopped. He just kept looking at me. It was hard to read his expression. He looked a little like a steer must when it’s just been hit over the head with a sledgehammer at the slaughterhouse. Incredulous. Disbelieving. But something else, too. He blinked his eyes. His lips moved, but nothing came out. Then he said, almost in awe, “You’re useless.” He shook his head. “Jesus Christ, you’re absolutely useless, aren’t you.”

He got to his feet as if in a daze and started for the door, still shaking his head. “Useless,” he muttered. He opened the door and went out. The door closed behind him.


A book with a bit of everything - story, pace, character, setting, drugs, the mob, humour. A tick in every box.

Hall presents Hastings with an intriguing dilemna at the end of the book, a real sea-change moment which could alter the course of his life for ever - a car crash moment. I didn't know whether to laugh or cry at his choice. 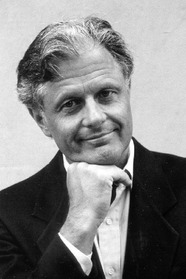 A light read, but the ending haunted me for ages afterwards.

Parnell Hall also has another 20 book long series to his name - Puzzle Lady.