Week 5 on the Crime Alphabet Journey hosted by Kerrie at Mysteries in Paradise. It's the turn of the E's, enjoyed, endured and unread........
Ellroy, Ellis........enjoyed 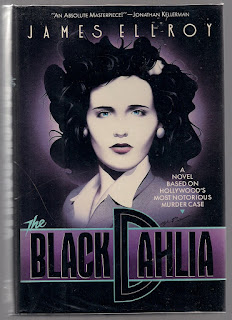 
When I read this for the first time back in the early 90’s I thought wow. I can recall re-reading chunks of it because I just enjoyed it soooooo much. He subsequently wrote another 3 books in his LA Quartet – The Big Nowhere, LA Confidential and White Jazz which were equally as memorable, if not better. Ellroy helped seal the deal for me as far as reading and crime fiction was concerned. I’ve not enjoyed his recent books as much and will probably give his next one a miss.


The murder of a beautiful young woman in 1947 Los Angeles sparks a great investigation in which Bucky Bleichert, Lee Blanchard, L.A.P.D. Warrants Squad cops, ex-boxers, friends, and adversaries become obsessed by the case. 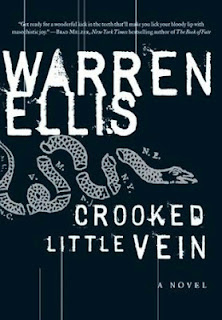 
Enjoyable, but not especially memorable. I think Ellis is more regarded for his graphic work and comic story career. I probably won’t be too fussed if I don’t cross paths with him again. The blurb made it sound better than it was. Comparable to a dodgy film where they put all the best bits in the trailer and hope you go and see it.


Burned-out private detective and self-styled shit magnet Michael McGill needed a wake-up call to jump-start his dead career. What he got was a virtual cattle prod to the crotch, in the form of an impossible assignment delivered directly from the president's heroin-addict chief of staff. It seems the Constitution of the United States has some skeletons in its closet: the Founding Fathers doubted that the document would be able to stave off human nature indefinitely, so they devised a backup Constitution to deploy at the first sign of crisis. In the government's eyes, that time is now, as America is overgrown with perverts who spend more time surfing the Web for fetish porn than they do reading a newspaper. They want to use this "Secret Constitution" to drive the country back to a time when civility, God, and mom's homemade apple pie were all that mattered.

So who better to track it down than a private dick who's so down-and-out that he's coming up the other side, a shamus whose only skill is stumbling into every depraved situation imaginable?

With no lead to speak of, and no knowledge of the underground world in which the Constitution has travelled, McGill embarks on a cross-country odyssey of America's darkest, dankest underbelly. Along the way, his white-bread sensibilities are treated to a smorgasbord of depravity that runs the gamut of human imagination. The filth mounts; it is clear that this isn't the kind of life, liberty, or happiness that Thomas Jefferson thought Americans would enjoy in the twenty-first century.

But what McGill learns as he closes in on the real Constitution is that freedom takes many forms, the most important of which may be the fight against the "good old days." Like Vonnegut, Orwell, and Huxley before him, Warren Ellis deftly exposes the hypocrisy of the "moral majority" by giving us a glimpse at the monstrous outcome that their overzealous policies would achieve. 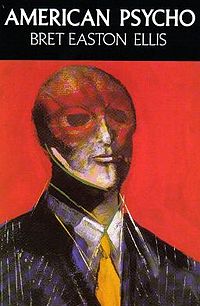 Brett Easton Ellis – American Psycho
Probably not a crime fiction book, but this one was a real struggle for me. I think it’s joint-tied with Kerouac’s Lonesome Traveller for my all-time worst book ever read. Many times I could have given it up when I was reading it, but manfully struggled on, refusing to be cowed by the author’s desire to overwhelm my will to live through his prose. Many people love the book and there was a successful film adaptation from it, which I have never seen, but if I never get to read another book by this author, I’ll probably die a happy man. I’d love to hear from someone who liked this. Perhaps they could explain to me what I missed.
In a black satire of the eighties, a decade of naked greed and unparalleled callousness, a successful Wall Street yuppie cannot get enough of anything--including murder.
Eggers, Elton, Engel..........unread,
Dave Eggers – Zeitoun 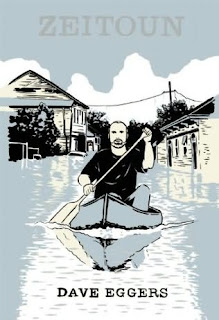 Not a crime fiction book, but a crime nonetheless; this is a fascinating non-fiction account of what happened to Zeitoun, an American Muslim in the aftermath of Hurricane Katrina, when he crossed paths with the authorities and homeland security. Disturbing times we live in, I must get to this soon.
When Hurricane Katrina struck New Orleans, Abdulrahman Zeitoun, a prosperous Syrian-American and father of four, chose to stay through the storm to protect his house and contracting business. In the days after the storm, he traveled the flooded streets in a secondhand canoe, passing on supplies and helping those he could. A week later, on September 6, 2005, Zeitoun abruptly disappeared. Eggers's riveting nonfiction book, three years in the making, explores Zeitoun's roots in Syria, his marriage to Kathy - an American who converted to Islam - and their children, and the surreal atmosphere (in New Orleans and the United States generally) in which what happened to Abdulrahman Zeitoun was possible. Like What Is the What, Zeitoun was written in close collaboration with its subjects and involved vast research - in this case, in the United States, Spain, and Syria. 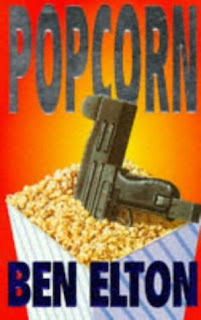 Ben Elton – Popcorn
He acts, he does stand-up and he writes – don’t you just hate multi-talented people? Err, not really. I will get to this and one or more of his other “thrillers” one day, probably unread for 4 or 5 years now. Probably one to miss if you don't like your fiction infused with humour, but if you do.....
Bruce shoots movies. Wayne and Scout shoot to kill. In a single night they find out the hard way what's real and what's not, who's the hero and the villain. A nation watches in awe as Bruce and Wayne resolve the serious questions. Does art imitate life? And does Bruce use erection cream?
Howard Engel – The Suicide Murders 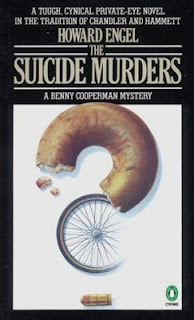 A recent acquisition and only unread for a week or two. Purchased after reading a great review from Tracy at her informative Bitter Tea and Mystery blog. Looking forward to it and hopefully I can squeeze it in before the summer is done. Part of me hopes I don’t enjoy it too much, as I’ll be chasing my tail with another 12 book series to follow!
She was cool, attractive—a real society lady—and she was in trouble. Benny Cooperman, a private eye with a hard head and a tender heart, was ready to help her in any way he could. But when her husband commits suicide the day Benny begins his investigation, the detective realizes he’s no longer dealing with a simple “family affair.”