Week 6 and the F's are up for scrutiny in our Crime Fiction Alphabet journey, hosted by Kerrie over at her Mysteries in Paradise blog. Take a trip over there to see what fellow crime fiction bloggers have posted for their contribution.

Ford wrote an earlier series of books featuring Leo Waterman, which were enjoyable, I think I've read 3 from 7, but I always preferred Corso as a character, despite only having read this first book in another series of 6. From memory, I'd have read this back in the mid-2000's.
The author of the highly acclaimed Leo Waterman mysteries launches a crackling new series, creating a Harry Bosch of the Pacific Northwest. Frank Corso was a rising New York Times journalist until a libel suit ended his career. These days he's covering stories for the third-rate Seattle Sun. He owes the owner, Natalie Van Der Hove, and now she's calling in her marker.

A killer on death row might be innocent. If that's the truth, Natalie wants the story-before the guy fries in six days. Corso won't stop until he's got all the facts. And when he goes to press, Seattle's going to rumble with fury.
J. F. Freedman – Against The Wind 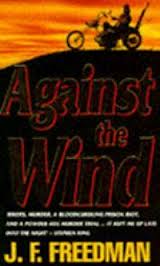 Another book to conjure up happy memories. Read it back in the early 90's - what's it about, err I can't really remember, but I can vaguely recall it knocked me over at the time. The author has written about 10 books total, but I've read nothing else by him. I'll have to re-read this sometime.
Will Alexander, a brilliant lawyer thrown out of his partnership due to excessive drinking and womanizing, has only one case to defend - a gang of bikers accused of rape and murder. He begins by fighting himself and ends by taking on a prejudiced town and corrupt legal system.

I absolutely loved this author, I read about 10 books by him, pretty much all of them absolute crackers. I kind of drifted away from him, after his first Assassin book which was a futuristic thriller set in 2040 US of A, where the nation has split in two - part-Islamist state, part Christian South. I still wanted him writing about Californian crime in the present day. I would recommend reading any of his pre-Assassin books to be honest.
A nightmare killer is loose in the land of dreams...A murder/robbery on a stretch of beach just south of Laguna. A gang killing in Santa Ana. A young woman gunned down taking out the garbage. A high school track star shot during a dawn workout. A cook killed after work. A computer salesman found dead in a parking lot. A half dozen murders in the last month - unnoticed and unsolved. Like the note said.An anonymous note to investigative reporter Jimmy Gage from someone calling himself 'The Eggman' claiming the killings and threatening to come after Jimmy.Is it a hoaxer? The police think so, apart from Detective Jane Holt - assigned to the case but pulled off it.But Jimmy is driven to discover the identity of the serial killer no matter where the search takes him and it takes him right into the heart of danger.
Fante, Freemantle, Franklin........unread, I could have selected many books for this section of my post.....Alan Furst, Ian Fleming, Dick Francis, Vince Flynn, Dan Fesperman ...... but hey you've got to draw the line somewhere! 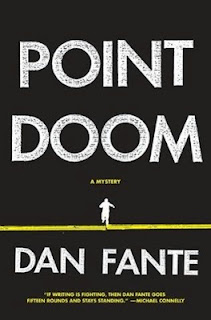 Failed private investigator JD Fiorella was a pro at finding trouble. Mixing it up with the wrong people in New York, he escaped to L.A. - only to hit rock-bottom after too many nightmares and too much booze.

Now forty-six and sober, JD is working hard to get it together. Living in Malibu at his mother's house in Point Dume, he's got a new job selling used cars with his friend Woody and a new girlfriend. But just as things are looking up, JD discovers a gruesome murder. Now the ex-private detective has to make a choice.

Determined to exact vengeance, he follows a twisting trail of clues that leads him to unexpected truths about himself and his new life - and to a psychopathic killer with an eerie connection to his past. And, as JD soon learns, this time there's no easy way out. 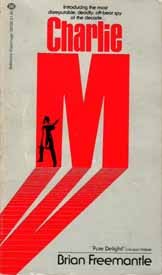 Since opening my eyes to the thrills available by reading in the spy genre, I've had Charlie Muffin on my radar. Freemantle wrote this first book in the 16 book long series in 1978, the last 3 have only been published in the past 4 years. On pile TBR for maybe 6 years.
A cagey British spy fights enemies from without and within


Tom Franklin – Crooked Letter, Crooked Letter
Unread about 2 years now, winner of the 2011 CWA Gold Dagger Award, I think.....one of these days I'll crack the spine on it. 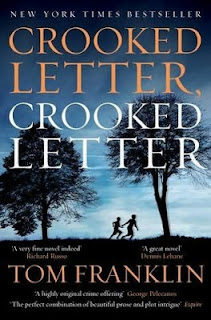 In a small Mississippi town, two men are torn apart by circumstance and reunited by tragedy in this resonant new novel from the award-winning author of the critically-acclaimed Hell at the Breech.

Larry Ott and Silas ''32'' Jones were unlikely boyhood friends. Larry was the child of lower middle-class white parents, Silas the son of a poor, single, black mother -- their worlds as different as night and day. Yet a special bond developed between them in Chabot, Mississippi. But within a few years, tragedy struck. In high school, a girl who lived up the road from Larry had gone to the drive-in movie with him and nobody had seen her again. Her stepfather tried to have Larry arrested but no body was found and Larry never confessed. The incident shook up the town, including Silas, and the bond the boys shared was irrevocably broken.

Almost thirty years have passed. Larry, a mechanic, lives a solitary existence in Chabot, never able to rise above the whispers of suspicion, the looks of blame that have shadowed him. Silas left home to play college baseball, but now he's Chabot's constable. The men have few reasons to cross paths, and they rarely do -- until fate intervenes again.

Another teenaged girl has disappeared, causing rumors to swirl once again. Now, two men who once called each other friend are finally forced to confront the painful past they've buried for too many years.
Hopefully back next week with some G's!