The D's are up this week in 2013's Crime Fiction Alphabet hosted by Kerrie at her Mysteries In Paradise blog. 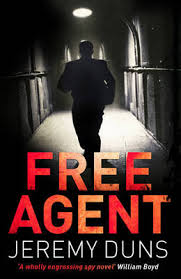 I read this relatively recently - June 2012. It was the first in a 3 book series (so far), more spy than crime, but we won't split hairs. Enjoyable and gripping, I'll be back for more.

For fans of John le Carré, a riveting spy thriller that spans two continents and probes the limits of loyalty and love

Jeremy Duns's lightning-paced debut introduces a morally complex and unforgettable agent named Paul Dark into the canon of espionage literature. In June 1945, Dark joins his father in a top-secret mission to hunt down and unofficially execute Nazi war criminals. Almost twenty-five years later, Dark is a seasoned agent for MI6 when a KGB officer turns up in Nigeria during the Biafran civil war wanting to defect. He claims to have details of a British double agent recruited by the Russians in Germany in 1945.

Knowing he's the chief suspect and now on the run from both MI6 and the KGB, Paul Dark heads toward Africa to find, confront, and, if necessary, kill the only woman he has ever loved, whom he has thought dead for the past twenty-four years. Free Agent is the spectacular story of one man's fight for survival and search for the truth about his father's death and his lover's betrayal.

I must have read this back in the mid-2000's, absolutely loved it. Hard to believe this was a debut novel. I have read 3 or 4 more by Doolittle, but not his latest Lake Country. I'd recommend any of his books to be honest.


On a clear autumn L.A. morning, sitting in the front row of his best friend's funeral, professional loafer Quince Bishop can't think of anything more depressing than watching yet another loved one being lowered into the ground--until a band of guerilla environmentalists crash the ceremony to deliver a lecture on the high cost of dying in America. One violent impulse later, Quince finds himself up to his waist in dirt ... and he hasn't even begun to dig himself a hole. With the help of beautiful funeral-rights advocate Maria Casteneda--not to mention the complicated ambitions of reporter and perennial ex-girlfriend Melanie Roth--Quince learns just how an unscrupulous funeral director can turn death into a high-class living. Unable to let buried skeletons lie, Quince Bishop unwittingly sets himself on a collision course with two entrepreneurial ex-cons who are hatching a burial plot of their own. Chaos, confusion, and double-dealing are on the program, and only one thing is certain: all paths lead to the cemetery. 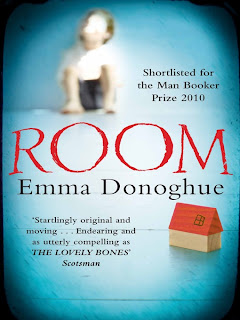 My wife read this and loathed it, I read it after her and loathed it also.(March, 2011) I just didn't buy into it, complete and utter twaddle and 12  to 15 hours of my life I will never get back. It's funny how differently people feel about the same book, see the blurbs below. If you read it and enjoyed it - good luck to you. Not my cup of tea by a long way.

It's Jack's birthday, and he's excited about turning five. Jack lives with his Ma in Room, which has a locked door and a skylight, and measures 11 feet by 11 feet. He loves watching TV, and the cartoon characters he calls friends, but he knows that nothing he sees on screen is truly real - only him, Ma and the things in Room. Until the day Ma admits that there's a world outside . . . Told in Jack's voice, Room is the story of a mother and son whose love lets them survive the impossible.

Unsentimental and sometimes funny, devastating yet uplifting, Room is a novel like no other. 'Emma Donoghue's writing is superb alchemy, changing innocence into horror and horror into tenderness. Room is a book to read in one sitting. When it's over you look up: the world looks the same but you are somehow different and that feeling lingers for days' Audrey Niffenegger

'Room is one of the most profoundly affecting books I've read in a long time. Jack moved me greatly. His voice, his story, his innocence, his love for Ma combine to create something very unusual and, I think, something very important . . . Room deserves to reach the widest possible audience' John Boyne

'I loved Room. Such incredible imagination, and dazzling use of language. And with all this, an entirely credible, endearing little boy. It's unlike anything I've ever read before' Anita Shreve 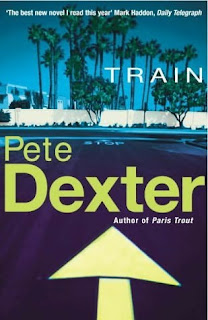 Might struggle to find this in the crime fiction section, but so what? Unread for a couple of years now, along with a few of his other books, God's Pocket, The Paperboy (also a recent film.)
One of these days!

Lionel Walk, better known as Train, is a young black caddy at an elite Los Angeles golf course, where he comes to know a police detective he calls 'The Mile-Away Man'.

Norah Still is unwillingly at the center of the criminal investigation, as the only survivor of an attempted boat hijacking gone violently wrong. Sergeant Miller Packer - Train's 'Mile-Away Man' - is in charge of the case and he finds himself drawn to the beautiful widow.

Miller's interest in Norah and Train soon moves beyond his professional obligations. He tries to shield Norah from the events on the boat, fighting her need to hold on to the past and becomes a kind of manager as Train competes as a golfer on a lucrative underground gambling circuit. Miller's oddly personal concern binds the three of them together in an uneasy triangle.

Pete Dexter's remarkable new novel brings to life the most violent and tender impulses of his characters as they struggle to come to terms with the difference between a gift and a passion, between their abilities and their desires. 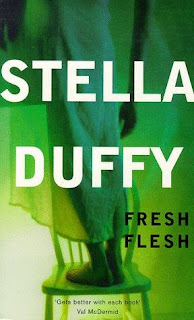 I bought this as much because of the publisher as for the author herself - Serpent's Tail. They published a lot of quality crime fiction back in the 90's that was extremely eye-catching. Both author and publisher are still going strong.


Patrick Freeman, celebrity chef, with the legendary bad temper and the obligatory wild child wife... Chris Marquand, adopted son of wealthy parents, a successful doctor, father-to-be... Georgina Leyton, high powered lawyer and a beautiful bitch who's as cool as they come.... Matthew Godwin, owner of the hottest South London bar and a talent for scaring the life out of people with his mad rages. Four virtual strangers, unwittingly bound together by a dark secret from the past. And, after all these years, it's about to blow up in their faces. 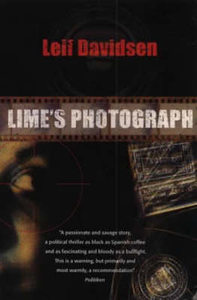 Only unread for a couple of months, this recent acquisition was purchased for a couple of reasons. Firstly to expand my Scandinavian crime reading author base and secondly because it was the winner of the prestigious 1999 Glass Key Award.
In this dramatic political thriller from one of Denmark's finest crime writers, Lime sets out to discover a motive when fire destroys his home, and finds himself drawn into the complex and terrifying web of international terrorism.