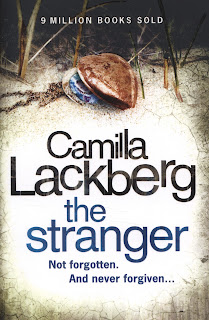 
To avoid disappointment, please note this book was previously published under the title THE GALLOWS BIRD. Swedish crime sensation and No. 1 international bestseller, Camilla Lackberg’s fourth psychological thriller - for fans of Stieg Larsson and Jo Nesbo. A woman is found dead, apparently the victim of a tragic car crash. It’s the first in a spate of seemingly inexplicable accidents in Tanumshede and marks the end of a quiet winter for detective Patrik Hedström and his colleagues. At the same time a reality TV show is being shot in the town. As cameras shadow the stars’ every move, relations with the locals are strained to breaking point. When a drunken party ends with a particularly unpopular contestant’s murder, the cast and crew are obvious suspects. Could there be a killer in their midst? As the country tunes in, the bodies mount up. Under the intense glare of the media spotlight, Patrik faces his toughest investigation yet…


My wife read this about a month ago, and was quite insistent that I get to it. After all I had inflicted it on her. Suffice to say she didn’t particularly enjoy it much; ok - not at all then! I’ve been avoiding it for a couple of weeks, in the hope I could delay it until May and count it as my Scandinavian read for the month which is one of my own personal reading challenges in 2013. One of the many things I love about my wife is her persistence!


This was a 390’ish page book where not very much seemed to happen at the beginning, other than we spend a lot of time with the chief investigator’s family. In fact throughout the book we spend a lot of time with Hedstrom’s wife, Erica and sister, Anna......who I’m guessing suffered some “event” in one of the author’s previous books. Most of the time, I enjoy stories where detectives or investigators personal lives are shown to us. I need to see another side to them, apart from the job. It adds flesh to their bones and gives them substance. Here it bored me unfortunately.


After maybe the halfway point the pace picked up a bit and there were some interesting developments. The investigation into the car crash victim developed with other similar cases uncovered. I did guess the identity of the killer early, and as I’m no Sherlock Holmes perhaps it wasn’t concealed as cunningly as the author thought it had been. Conversely, it could have been her intention to telegraph the culprit to the reader. She did cleverly link the two crimes of reality show murder victim and drunk driver together.


The supporting cast of police investigators were on the whole likeable and fairly believable. Perhaps my favourite was Gosta. Initially jaded and uninterested, counting down the days until he could get out on the golf course; he became invigorated and brought his A-game to the investigation. Maybe his transformation stretched the bounds of credibility a little bit, but as I liked him I’ll buy this one.


There were a couple more downsides to the book in my opinion. I felt the minor back story with the chief of police, Mellberg was clichéd and predictable.  The ending where she served up a hook for her next book was annoying, irritating and blatantly unsubtle and patronising to an intelligent readership.


I enjoyed the second half of the book more than the first, despite the gripes mentioned above. I do have another book of hers to read, The Drowning. It won’t be something I’ll be rushing to in a hurry. As a further sidenote, my 2012 edition states that the author was the 9th best-selling author in Europe in the previous year. She must have a very big family, I reckon.


I bought this new for my wife earlier this year from Buzzard Books in my hometown. Perhaps I need help when shopping for my wife?
Posted by col2910 at 00:25