Kerrie over at Mysteries in Paradise is running her 4th Crime Alphabet challenge.
I may be bending her rules slightly but I want to remember 3 books I've read which qualify by virtue of the author's surname and 3 books I have yet to read. One title Albom's "5 People" would in no way qualify as crime fiction, I just feel it would be criminal not to mention it! 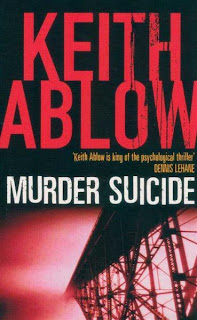 The fifth in a series of six books with Frank Clevenger. Can’t remember too much about it, only that I enjoyed it. This book and the faded memories form part of my reason for blogging, so I can remember what I read and enjoyed when I look back.


John Snow is a brilliant inventor who has made millions from his genius in aeronautics. He has everything a man could desire: wealth, family, even a beautiful mistress. But he also has a brain disease, a rare form of epilepsy, that threatens his most valuable possession—his mind. Only one doctor may be able to cure it surgically, but at a terrible cost, one that Snow reveals to no one: Snow will have no memory whatsoever of his past—of its emotional entanglements or its secrets. The night before he is to enter the hospital, he is murdered. Forensic psychiatrist Dr. Frank Clevenger delves into Snow's complex past and tortured relationships to unlock the identity of Snow's killer: Was it the wife who can never forgive what he's done to their child, the son who loathes him, the beautiful mistress who takes pleasure in inflicting emotional cruelty, or the business partner who helped him build his fortune? 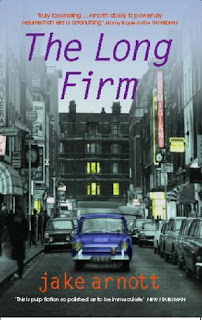 First book in a series of three about crime in swinging 60’s London. Violent and gripping, I must read the other two.


A long firm is a particular type of scam perpetrated by British gangs on unsuspecting innocents. Harry Starks is a kind of fraud, too. He likes to think of himself as an impresario in roaring-60s London, a club owner. Certainly, he is a romantic but, in truth, he is a gangster, a rival of the infamous Krays and every bit as ruthless (and gay)..

He has an expensive flat in Chelsea full of scrapbooks showing him with Sonny Liston, Johnny Ray, Ruby Ryder, and other celebrities who appear at his club. Even Judy Garland. He likes to hobnob with fighters and performers and, recently, a member of parliament whose allegiance he has cultivated. Harry collects them, as if proximity will give him legitimacy..

Harry Starks is a force, a contradiction. Harry is ingenuous and evil. He is menacing and ruthless, yet compelling, a romantic who insists on honour, insists on loyalty, on his cut of the cosmic pie. His generosity is as renowned as his barbarity, and he is very generous. 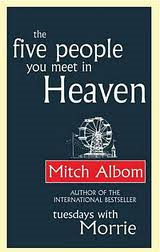 Not a crime novel but a fantastic piece of fiction, thought provoking and uplifting.


Eddie is a wounded war veteran, an old man who has lived, in his mind, an uninspired life. His job is fixing rides at a seaside amusement park. On his 83rd birthday, a tragic accident kills him as tries to save a little girl from a falling cart. He awakens in the afterlife, where he learns that heaven is not a destination. It's a place where your life is explained to you by five people, some of whom you knew, others who may have been strangers. One by one, from childhood to soldier to old age, Eddie's five people revisit, their connections to him on earth, illuminating the mysteries of his "meaningless" life and revealing the haunting secret behind the eternal question: "What was I here?" 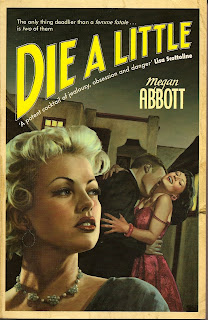 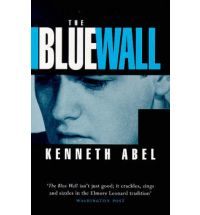 
Published back in 1996, quite highly regarded, but languishing on TBR for 5 or 6 years now.


Investigating the murder of a young woman who was found clutching an NYPD detective badge, Dave Moser and his partner find clues that link the victim's unsavory father to a corrupt cop. 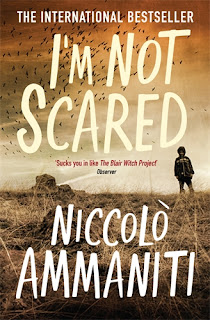 
“Stop all this talk about monsters, Michele. Monsters don't exist. It's men you should be afraid of, not monsters.”

A sweltering heat wave hits a tiny village in Southern Italy, sending the adults to seek shelter, while their children bicycle freely throughout the countryside, playing games and getting into trouble. On a dare, nine-year-old Michele Amitrano enters an old, abandoned farmhouse, where he stumbles upon a secret so terrible that he can't tell anybody. As the truth emerges, Michele learns that the horror in the creepy old house is closer to home than he ever imagined.

A widely acclaimed international bestseller, I'm Not Scared is a spine-tingling novel that combines a coming of age narrative with a satisfying, enthralling story of suspense.