Continuing on with my contribution to Kerrie's Crime Fiction Alphabet theme over at Mysteries In Paradise. Here's a few books to consider for week 2 and the B's. 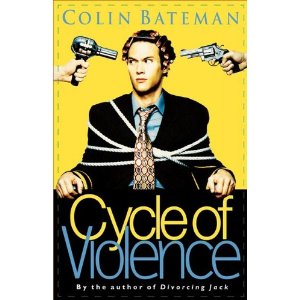 
I was drawn to this book by the cover initially; this and Bateman’s other novel from 95, Divorcing Jack.  Humorous, in fact laugh out loud in places but still with a story to tell. I’ve continued to read the author on and off through the years, and still retained this and “Jack” to re-read at some point again in the future.

Set in a mythical Northern Ireland town. Drunken journalist Miller is sent as a punishment from his Belfast newspaper to small-town Crossmaheart as a replacement for someone who has disappeared. Once there, he falls is love with the missing man's girlfriend. 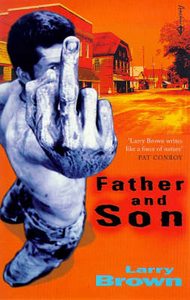 Larry Brown is unlikely to be found in the crime fiction section in your local bookstore. He’s been pigeon-holed typically as “Southern Literature.” Any one of his fine books would be worthy of your attention. I could just have easily selected Joe or Dirty Work for your consideration. Sadly, he died back in 2004 at the relatively young age of 53. His work typically depicts “gritty realism and shocking violence,” according to his wikipedia entry.


Glen Davies has just been released from a three year stint in Parchman Penitentiary, Mississippi. Before he's been back in town 36 hours, he has browbeaten his younger brother, Puppy, threatened his father, renewed his sexual relations with Jewel, rejected his son and committed a cold-blooded rape. 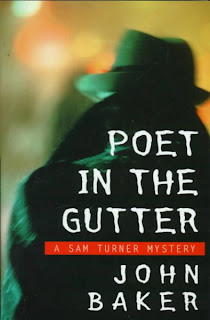 
This is the first in a 6 book series involving Sam Turner.  Hand on heart, I can’t remember when I read it or what I enjoyed about it, though I know I kept it to re-read at a later date. As I typically get rid of my books after reading, it must have been memorable! (Blame me for fading memory.) Unsurprisingly I have all the others in the series on Mount TBR also.


Sam Turner has always had a romantic yearning to be Sam Spade. So he tells his men's group in York that he's a private eye - it's better than admitting he's an unemployed alcoholic. But then one of his friends asks for help in tracking an erring wife. So suddenly Sam is a P.I. And the next thing he knows, he's on the track of a serial killer - with the help of a street liver and an ex English teacher pensioner. . . 
Some years ago, before Peter Temple came to prominence I was having a hunt around for some Australian crime fiction authors. After Peter Corris, I “discovered” Robert  Barrett and his series of books featuring Les Norton, a gruff, brawling bouncer-cum PI. Shamefully after paying to have this and a few more in the series shipped halfway around the world, I still haven’t got to any of them. Barrett sadly passed away last year.


Les Norton, a big red-headed country boy from Queensland, has just arrived in the big smoke and is set to make his mark. Working as a bouncer at an illegal casino in the Cross, Les encounters a number of fascinating characters who make up the seamier side of one of the most exciting cities in the world gamblers, conmen, bookies, bouncers, hookers and hit men, who ply their respective trades from the golden sands of Bondi to the tainted gutters of Kings Cross... usually on the wrong side of the law. 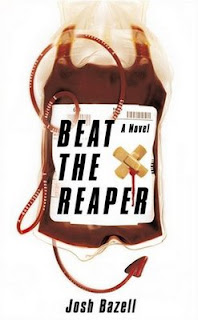 A first novel from Bazell that’s been sat on my shelves since a trip with the family to the Isle of Wight back in April, 2009. One of these years I’ll get around to reading it. Bazell had a second book out last year titled Wild Thing.


Meet Peter Brown, a young Manhattan emergency room doctor with an unusual past that is just about to catch up with him. His morning begins with the quick disarming of a would-be mugger, followed by a steamy elevator encounter with a sexy young pharmaceutical rep, topped off by a visit with a new patient--and from there Peter's day is going to get a whole lot worse and a whole lot weirder. Because that patient knows Peter from his other life, when he had a different name and a very different job. The only reason he's a doctor now is thanks to the Witness Protection Program--and even they can't protect him from the long reach of the New Jersey mob. Now he's got to do whatever it takes to keep his patient alive so he can buy some time...and beat the reaper. 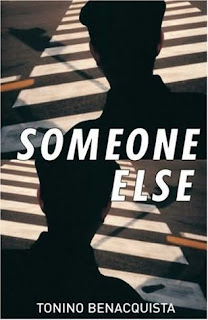 Tonino Benacquista – Someone Else (2005)


Always trying to expand my crime fiction horizons, I picked up this one from a French author, maybe 4 or 5 years ago. One of these days maybe, I’ll stop acquiring and stock-piling books and try and read a bit faster instead!


"Breathless pace. Touches effortlessly on identity, love, alcohol, and the cynicism of the business world."-Les Echos