A couple from Colin Bateman, probably one of the funniest crime fiction authors I've ever read after Carl Hiaasen. 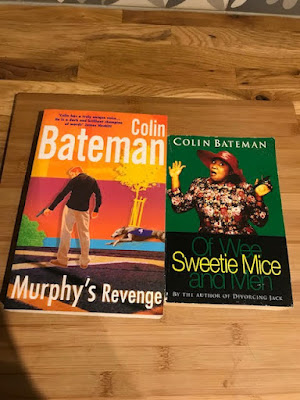 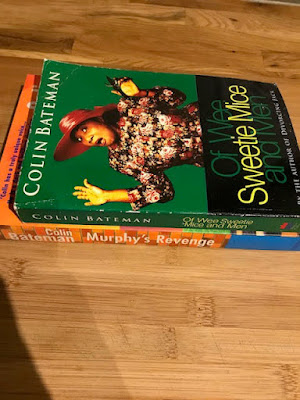 I first crossed paths with his work in the mid-90s with Divorcing Jack and Cycle of Violence. I read a few more after that, and so did my son when he published some YA fiction, but like a lot of authors I've enjoyed, I haven't been able to keep up with him. I'm still tempted to buy his books when I see them in the wild. Maybe I ought to read the ones I have stock-piled, there's more than a few.

My 'books read' info at Goodreads - accurate since I started logging everything in 2010, tells me I haven't read him in over a decade.
His page at Fantastic Fiction lists over 40 books to his name, both YA and adult fiction.
Of Wee Sweetie Mice and Men (1996) 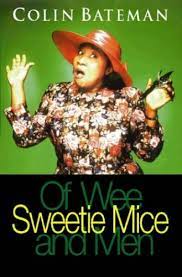 Fat Boy McMaster is a hopeless heavyweight boxer, but he has managed to become champion of Ireland, and his devious manager has succeeded in setting up a gigantic payday (largely for himself, admittedly) with a St Patrick's Day fight in New York against Mike Tyson. Journalist Dan Starkey is hired to write the book of the whole affair. Starkey tries to persuade his wife Patricia to give their marriage another try, but he has not succeeded before boarding the plane for the Big Apple with McMaster and his deeply suspect entourage. Once there McMaster's wife is kidnapped, almost every interest group is outraged, the Champ is chased all over town by gunmen of varying allegiance, Starkey's marriage is saved - and, yes, there is the Big Fight to consider too!
Murphy's Revenge (2005) 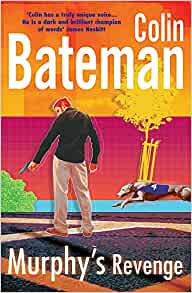 If you found the person who brutally murdered a loved one, what would you do? Forgive and forget? Or take the law into your own hands? Detective Martin Murphy is the law and he's back with a
vengeance..Someone has started killing the killers - who just happen to have been under the surveillance of 'Confront', a support group for relatives of murder victims who believe that therapy comes through 'empowerment'. Suspecting the group of revenge killings, Murphy goes undercover and joins them. But it seems that 'Confront' have been doing their own detective work and before Murphy realises, the group is forcing him to face the harrowing events of his own past. Now Murphy must come to terms with the past whilst also bringing the killers' killer to justice. The only problem is he's starting to think that whoever's doing the killing may have a point. After all, revenge is sweet..isn't it?
Murphy was adapted into a TV series starring James Nesbitt, I believe. Not that I remember it.
Posted by col2910 at 02:19