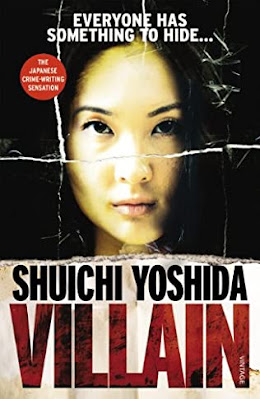 Synopsis/blurb ....
NOW A MAJOR MOTION PICTURE
A young woman is brutally murdered on a remote mountain road. A young construction worker, Yuichi, is on the run - but is he guilty?
This is the dark heart of Japan; a world of seedy sex hotels and decaying seaside towns; a world of loneliness, violence and desperation.
As the police close in on Yuichi and his new lover, the stories of the victim, the murderer and their families are uncovered. But these men and women are never what they appear to be...
Quite a dark book and one which I enjoyed, despite not really having much empathy for the victim. Don't get me wrong, no one deserves to be murdered, but she was probably my second least favourite person in the book. I found her to be dishonest, manipulative, selfish and very self-centred. I don't think she was capable of being truthful with either friends or family.
Number one hateful character though, was one of the early murder suspects. Oh how I wished it had been him. There's a later confrontation between him and the victim's father that I wished had turned out differently. Arrogance, entitlement, a superiority complex and a stunning lack of self-awareness had me swinging for him. Even his best friend didn't actually like him.
We spend a lot of time in the company of the eventual murderer and I quite warmed to him (even if he was an oddball) and his girlfriend. I enjoyed their Bonnie and Clyde-like dash for freedom. I was disturbed by all he had endured growing up, with his callous abandonment by his mother. Raised by his grandparents, it was sad to see the effect his hours of notoriety in the public eye had on his grandmother, who herself was being taken advantage off by some unscrupulous grifters while her husband was dying in hospital. His girlfriend had her own sorrows to contend with.
Other prominent characters were the victim's parents. The destruction and character assassination by the media of their daughter was painful. Public humiliation heaped on top of loss and bereavement I found uncomfortable. The father roused himself from his self-pity to confront the man who had contributed to his daughter's death by treating her abysmally, but was ultimately unable to enact any semblance of revenge. The victim's mother provided confirmation if any was needed that females are the stronger sex. Stoicism and an ability to go on are admirable traits. 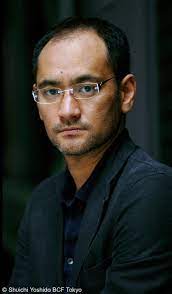 I don't think there were any contented characters in the book. Isolation and loneliness predominate. Even the characters in relationships spend a lot of time in their own heads. Money or the lack of it for most of our cast is an issue.
Not having read too much Japanese crime fiction in the past, I think I was surprised by the proliferation and normality of the 'love' hotel. Is it really so, or does this book present a distorted mirror on this aspect of Japanese society?
Overall I really liked this one.
4 from 5
Read - October, 2021
Published - 2010
Page count - 304
Source - purchased copy
Format - paperback
Posted by col2910 at 03:09