A couple from US author John McMahon and his P.T. Marsh series. 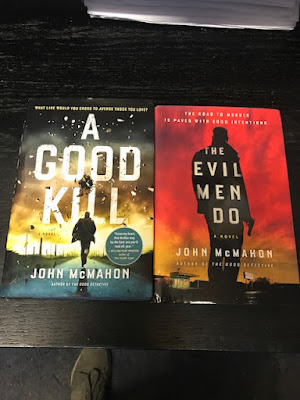 These two follow on from The Good Detective, a book I've only just finished reading.

Marsh is a Georgia cop and is struggling to overcome the loss of his wife and son. I really enjoyed it and was pleased that Marsh manages to set the bottle aside and show his capabilities as a detective. There's a lot of cliches in fiction, not many more than the detective who finds solace in the bottom of a bottle. I think I'll have fun with these next two in the series. 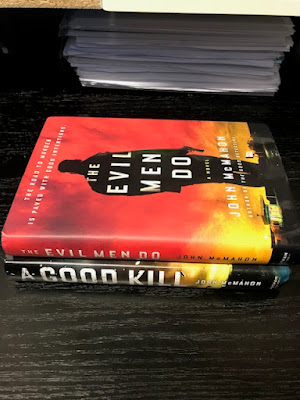 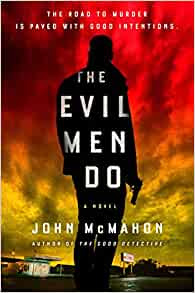 The author of The Good Detective delivers a gripping and atmospheric new novel in which a cop takes on a harrowing case and confronts old personal demons.
What if the one good thing you did in your life doomed you to die?
A hard-nosed real estate baron is dead, and detectives P.T. Marsh and Remy Morgan learn there's a long list of suspects. Mason Falls, Georgia, may be a small town, but Ennis Fultz had filled it with professional rivals, angry neighbors, and a wronged ex-wife. And when Marsh realizes that this potential murder might be the least of his troubles, he begins to see what happens when ordinary people become capable of evil.
As Marsh and Morgan dig into the case, it becomes clear that Fultz's death was not an isolated case of revenge. It may be part of a dark web of crimes connected to an accident that up-ended Marsh's life a couple years earlier--and that now threatens the life of a young child. Marsh veers dangerously off track as his search for clues becomes personal..and brings him to a place where a man's good deeds turn out to be more dangerous than his worst crimes.
A Good Kill (2021) 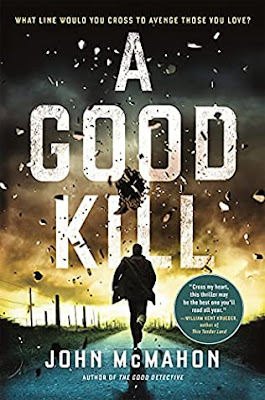 An electrifying mystery featuring a troubled small-town police detective faced with three interwoven crimes that reveal sinister secrets about his community--and the deaths of his family, by the Edgar Award-and Thriller Award- short-listed author whose novels have been described by the New York Times Book Review as "pretty much perfect."
In the years since the mysterious deaths of his wife and child, P.T. Marsh, a police detective in the small Georgia town of Mason Falls, has faced demons--both professional and personal. But when he is called to the scene of a school shooting, the professional and personal become intertwined, and he suspects that whoever is behind the crime may be connected to his own family tragedy.
As Marsh and his partner Remy investigate the shooting, they discover that it is far from straightforward, and their search for answers leads them to a conspiracy at the highest levels of local government--including within the police force. The stakes in the case become increasingly high, culminating in a showdown that has Marsh questioning everything he knows, and wondering if some secrets are better left undiscovered.