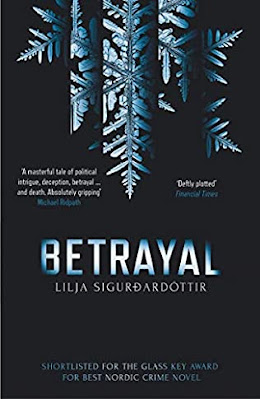 Synopsis/blurb ….
When aid worker Úrsula returns to Iceland for a new job, she’s drawn into the dangerous worlds of politics, corruption and misogyny … a powerful, relevant, fast-paced standalone thriller.
Burned out and traumatised by her horrifying experiences around the world, aid worker Úrsula has returned to Iceland. Unable to settle, she accepts a high-profile government role in which she hopes to make a difference again.
But on her first day in the post, Úrsula promises to help a mother seeking justice for her daughter, who had been raped by a policeman, and life in high office soon becomes much more harrowing than Úrsula could ever have imagined. A homeless man is stalking her – but is he hounding her, or warning her of some danger? And why has the death of her father in police custody so many years earlier reared its head again?
As Úrsula is drawn into dirty politics, facing increasingly deadly threats, the lives of her stalker, her bodyguard and even a witch-like cleaning lady intertwine. Small betrayals become large ones, and the stakes are raised ever higher…
Betrayal was my first encounter with Icelandic author, Lilja Sigurdardottir. I have previously been stock-piling her work; Snare, Trap and Cage all sit on the pile. After this enjoyable outing, hopefully they won’t be there for too much longer.
It’s an exciting, topical tale which was consumed in just over a day.
Ursula, a married mother and high profile, humanitarian aid worker has returned home for the sake of her family and marriage. She’s accepted a year long role as a Government minister. Her aims are altruistic and possibly naïve – to make her short time in office count and make some key improvements regarding infrastructure and immigration policy. The Prime Minister who appointed her may have a slightly different agenda.
Pretty much during her first week in office, Ursula gets frustrated, butting heads with the permanent staff in her department. Efforts to look into an alleged rape by a police officer on his underage babysitter are suspiciously stymied. The trappings of government office don’t sit lightly on her shoulders either, though soon a physical threat to her safety from a homeless man, has her re-evaluating and accepting the wisdom of having a car with driver-cum-security guy.
Threats become more tangible …. emails, physical altercations, menacing notes. Family history and wounds are re-opened. Promised policies are in limbo. A cleaner is selling her office waste to a journalist. Someone in her department is briefing against her. The media are turning hostile. And she is rather unwisely drawn into an affair with the same journalist. Events quickly escalate to murder.
I liked how all the multiple strands connected and got resolved without ever feeling forced or convenient. It was a cracking tale with plenty going on. It has a very apt title – Betrayal – with multiple applications - real and imagined…. office, duty, family, trust, marital vows. I enjoyed the politics and the machinations of high office with the plotting, scheming and duplicity. I think it was entertaining seeing it happening in neither the UK or US.
I think the depiction of the main character was realistic. She’s a good woman trying to do her best and she has her faults and failings. I thought less of her when she strayed, but could empathise with her sense of dislocation from family life. There’s a numbness to her actions, almost like it’s someone else acting and she’s watching on. None of us is God-like and I guess each of us has the capacity to hurt those we love. Hopefully, understanding and forgiveness are in her future.
Secondary characters, especially her security guy, Gunnar were well developed. I liked his own personal ethos. His devotion to Ursula and his loyalty were exceptional.
There's a smooth translation from Quentin Bates as well. Another plus. 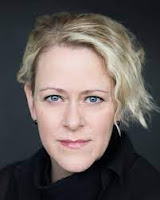