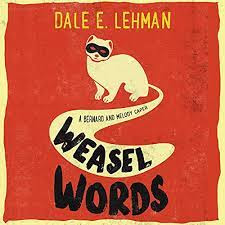 Synopsis/blurb ...
Those weasels are up to something....
Between them, Bernard and Melody Earls have looks, charm, brains...everything but money. That's why they steal from the rich and give to themselves. So when Alexander Hamilton Plaskett hires them to nick a silver statuette of a pine marten from his brother Paul Revere Plaskett, they're happy to oblige. But it won't be as easy as it looks.
For one thing, the little beast is guarded by Fitzroy Fortresses, the best security system money can buy. For another, the five Plaskett siblings are obnoxious buffoons. Still, a job is a job, and this one may offer more than it appears. At least, that's Bernard's theory. The pine marten isn't particularly valuable, so why do the Plasketts contest its ownership so fiercely? To find out, he and Melody insinuate themselves into the Plasketts' world and enlist a college geek to hack the unhackable Fitzroy system.
Failure means poverty. Discovery means prison. And the biggest obstacle to Bernard's brilliant schemes? Melody's penchant for running off-script!
Not one I enjoyed if I'm honest. Note to self - cool covers don't always translate into cool reads.
Positives. In fairness to the author it's not badly written and there is a story which eventually gets where it's going and things do work out. The plot holds together and it's not overlong (it just seemed like it).
Negatives.
Characters - didn't particularly like them, didn't hate them. I guess I was indifferent to them all. Nothing worse really than a book where you don't give a fig about the people at the heart of the story. The couple who steal love each other obviously, but all interactions are light-hearted and supposedly funny. The people they try and steal from are rich, eccentric and entitled and just not especially sympathetic. I don't suppose it's a crime to be rich and a bit of a tool. Maybe it should be.
Plot. I'm usually a fan of heists/robberies but here it was painful. People I didn't like stealing from people I didn't like and failing, failing, failing before (spoiler alert) succeeding.
Style. I think what did me in most was the author's style of writing. There was a smarmy humour to most interactions, events, conversations and incidents in the book and nearly every one of them induced eye-rolling and fleeting nausea. Tumbleweed blew across my brain again and again and again. What tickles Dale E. Lehman doesn't tickle me. Humour I think is one of the hardest things to get right in books. What works for some, doesn't work for others. Can't knock a man for trying I guess. 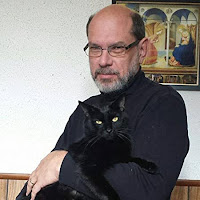