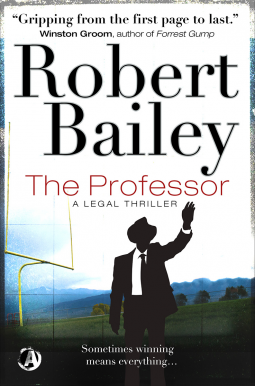 Law professor Thomas Jackson McMurtrie literally wrote the book on evidence in the state of Alabama. But when a power-hungry colleague uses a recent run-in between McMurtrie and headstrong student Rick Drake to end his career, he is left unsure what to do next.

Meanwhile, a devastating trucking accident in Henshaw, Alabama, leaves a young family dead. Drake, now a fledgling lawyer, takes the case against the freight carrier and soon begins to uncover the truth behind the tragedy that is buried in a tangled web of arson, bribery, and greed. On the eve of the trial and with his case unraveling in the midst of a dangerous cover-up that threatens to silence his star witnesses, Drake realizes that only his estranged mentor, Professor McMurtrie, can help him now.

With everything to lose and only justice to gain, will McMurtrie and Drake overcome bad blood to defeat a ruthless adversary? Can the Professor turn back the clock and recover all that he's lost?

It's been a while since I read a legal thriller, too long really, especially considering how much I enjoyed this one. (Note to self - don't leave it so long next time.)

A bit of a good vs evil here, with some added drama thrown in regarding conflict, secrets, career twists, health issues, suspicion and mistrust - that's just on the side of the guys with the white hats and ambition, arrogance, control, manipulation, greed, witness tampering, bribery and murder on the dark side of the fence, culminating in the two sides doing battle, metaphorically speaking in a court of law.

Busy, engaging, interesting, a decent main character and support cast, a great plot and story line, lots of dramas and tangents and connections and shared histories between some of the main characters. Lots of evolving dynamics between the main players. Plenty of nervousness as the case unfolds and the conflict moves from evidence gathering, interviewing - very often thwarted, to the courtroom and some vicious verbal sparring. Some violence, some sex - not especially graphic, some if it voluntarily conducted, some of it forced, plenty of excitement and tension.

I really, really liked it and I'm kind of annoyed I've had it five years on the pile unread, after acquiring access to it back in 2014 on Net Galley. 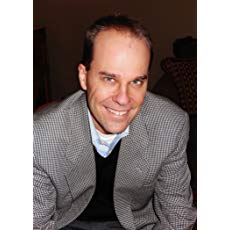 The Professor is I think Robert Bailey's debut novel and the first in four books featuring Professor McMurtrie to date. I look forward to reading the next, sometime soon-ish - ie before another five years has passed. Roll on Between Black and White.