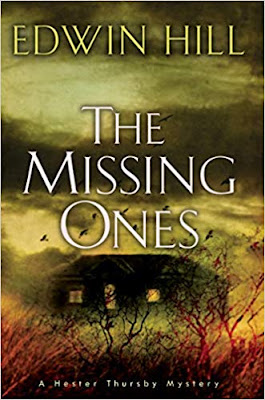 Hester Thursby has given up using her research skills to trace people who don't want to be found. A traumatic case a few months ago unearthed a string of violent crimes, and left Hester riddled with self-doubt and guilt. Caring for a four-year-old is responsibility enough in a world filled with terrors Hester never could have imagined before.

Finisterre Island, off the coast of Maine, is ruggedly beautiful and remote - the kind of place tourists love to visit, though rarely for long. But not everyone who comes to the island is welcome. A dilapidated Victorian house has become home to a group of squatters and junkies, and strangers have a habit of bringing trouble with them. A young boy disappeared during the summer, and though he was found safely, the incident stirred suspicion among locals. Now another child is missing. Summoned to the island by a cryptic text, Hester discovers a community cleaning up from a devastating storm - and uncovers a murder.

Soon, Hester begins to connect the crime and the missing children. And as she untangles the secrets at the center of the small community, she finds grudges and loyalties that run deep, poised to converge with a force that will once again shake her convictions about the very nature of right and wrong....

The Missing Ones is Edwin Hill's second Hester Thursby book after Little Comfort, and while it works well enough on its own, I would probably have benefited from reading the first one before this.

Hester lives with her boyfriend and is caring for her best friend's four year old daughter Kate after Daphne (the mother) disappeared a year ago. Daphne is also the twin of Hector's partner, Morgan. She is also suffering from PTSD after events from Little Comfort and behaves - from the outside - a little irrationally in respect of her day to day life. She has separation anxiety over being parted from Kate and she's been bunking off work for a good while and lying to Morgan about how she's coping with life.

A "come and get me" text from Daphne sets the wheels in motion here........ a thinly populated island, isolation, everyone knows everyone, everyone knows everything about everyone, or so they think, a ferry, secrets, secrets that aren't actually secrets, and ones that are, a missing kid, an un-missing kid, a drug house, suspicion of strangers, tension between the island cop and the State policeman, unrequited love, an affair, drugs, an overdose, another missing kid, an assumed identity, a dead body and murder, arson and more.

I enjoyed it without feeling it was the best book ever if I'm truthful. I don't think I ever truly sympathised or was on-board totally with the main character, Hester. That said her heart was in the right place in respect of trying to do the right thing.

I liked a few of the supporting characters..... the State policewoman, Morgan the boyfriend. The setting was interested with the island location and the inhabitants all at the mercy of the tides and weather concerning getting on and off the place. There's a moment near the end which gave me pause for thought - totally jaw-dropping - and which I wasn't 100% sure I understood correctly. If it means what I think it means - WTF. I'm guessing there may be repercussions further down the road.

Decent plot, reasonable pace. I liked the author's style of writing and the narration of the story. I wasn't totally invested in the outcome, probably because I couldn't really feel much of anything for Hester, other than mild irritation maybe. 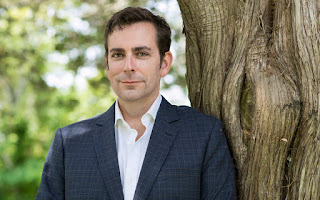 Enjoyable overall, just missing any real spark for me.