A couple from prolific author Richard S. Prather and his Shell Scott series. 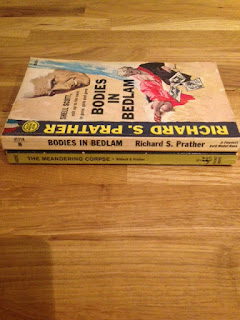 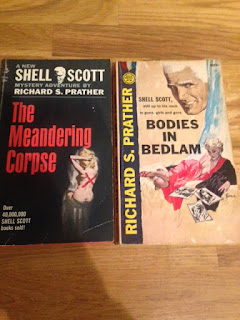 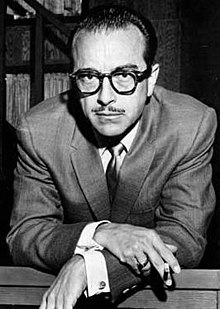 I've not read Prather before, though I've long heard of the Shell Scott books. These were fairly recent acquisitions found at an Oxfam bookshop in Aylesbury. If my pockets were a bit deeper I could have snaffled up a load of the series, but being the model of restraint I limited myself to four.

Prather wrote over forty books in the series, starting with the first, The Case of the Vanishing Beauty in 1950. The last, The Death Gods was published posthumously in 2011. Prather passed in 2007.

Bodies in Bedlam is the second in the series. The Meandering Corpse is no.30. Incredibly popular in its day Prather sold over 40 million copies of the Scott books in the US alone. 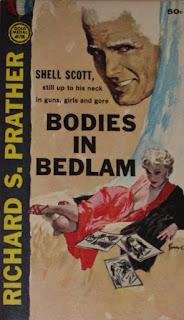 THE POWER OF POSITIVE SLINKING

CONSTANZA CARMOCA was unarmed - that is, she didn't have a gun. She didn't need one either. She had all the weapons that have ruined men for time immemorial - or time immoral.

One man had his throat slit because of her, another was going to die. She was surrounded by a guy who resembled a shaved ape and looked as though he could pick himself up with one hand.

But the hand isn't always quicker than the private eye, and as sure as my name's Shell Scott I'll get to the bottom of this affair with the deadly dame. 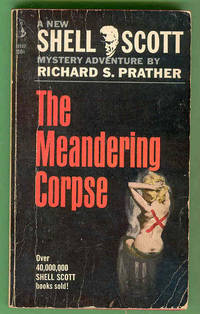 I could see the beach robe Zazu had been wearing, but couldn't see her. Then the pool's surface rippled and tossed darts of sunlight at my eyes, and I could see Zazu quite well. She was wearing either the latest thing in jazzy bathing suits or nothing at all.

She reached the ladder and started to climb up it, nonchalant as a bird - a jaybird.

She started down the ladder until the water was almost up to her waist.

"Do you always swim in the nude, dear?" I said.

"It feels good. Probably I won't do it when I'm older.