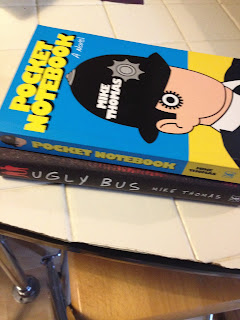 I usually like my crime fiction from the criminal side of the street but I’m not averse to having the opposing POV and these look like fun. 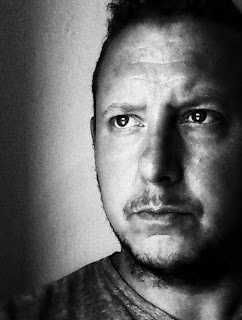 Mike Thomas has a third book out very shortly Ash and Bones – a police procedural set in Cardiff.

There will be more from him on the blog later in the week. In the meantime his website is here. 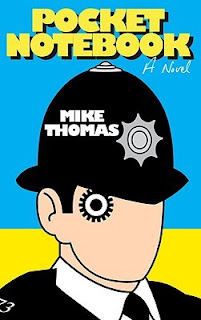 Meet Jacob Smith. Your good-old British policeman. The sort revered around the world. But Jacob's no ordinary 'tit-wearing' beat bobby. He's a tactical firearms officer - a handsome, popular, financially secure specialist, no less. He's also married, with two children; a connoisseur of fine cinema, who also enjoys the occasional hit from his expansive collection of do-it-yourself 'art' DVDs (the latest of which was 'borrowed' from a flat during a drugs warrant); an amateur historian, with a keen interest in the Vietnam War. And he does like to keep himself in shape, hence the rather large steroid habit - and the even larger amount of money he owes to his dealer. And did we mention he's partial to women's feet? That the local shoe shop is his lap-dance palace? And the girlfriend, his little Christmas treat to himself, who's desperately trying to shrug him off now it's the New Year? Or what about his parents - do we really need to go there? And now his family and friends are starting to worry about our Jake ...and his police superiors are increasingly taking notice of the way he conducts himself. As you can see, Jake's a very busy boy. And his life is about to get a lot more complicated...

"Pocket Notebook" is the debut novel from serving police officer Mike Thomas. An angry black comedy, it follows Jacob's very public breakdown and subsequent fall from grace, all of which he meticulously records in his police notebook. 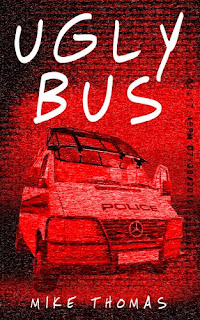 Boxing day, late shift. On duty: Flub, Dullas, Vince and Thrush. The new guy: Sergeant Martin Finch. What begins as a routine shift policing a football match rapidly descends into chaos. But how far will new guy Martin go to fit in? One thing is for certain: the lives of everyone on the Ugly Bus - and the life of a young woman drawn into their orbit - will change for ever.
Posted by col2910 at 00:09