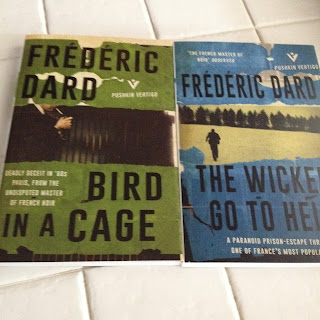 Ignorance is bliss, unless of course it causes you to overlook a fascinating French author with some intriguing books under his belt. Fair to say I hadn’t heard of Dard until a couple of months ago and Pushkin Vertigo pinged me a copy of Bird in a Cage.


Dard was French, born in 1921 and died in 2000. He wrote over 300 novels in his lifetime, including 173 in his San-Antonio series. (Probably a couple too many for me to contemplate, assuming they ever get translated!) 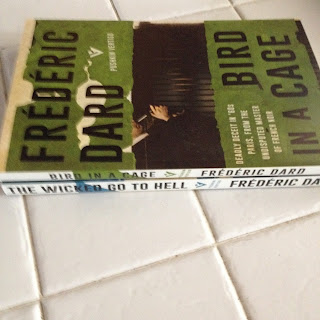 According to Wikipedia…. Frédéric Dard wrote 173 adventures of San-Antonio, of which millions of copies were sold. A San-Antonio is likely to be found in any French household. Detective Superintendent Antoine San-Antonio is a kind of French James Bond without gadgets, flanked by two colleagues, the old, sickly but wise inspector César Pinaud and the gargantuesque inspector Alexandre-Benoît Bérurier. He is a member of the French secret service and has to fulfill impossible missions given by "Le Vieux" (the Old Man), later known as "Achilles", the head of the French police. With the help of his colleagues he always succeeds through various adventures. 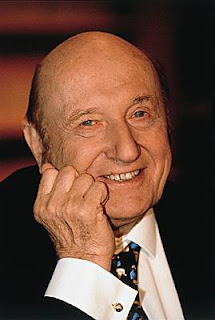 The link to the full Frederic Dard entry is here. 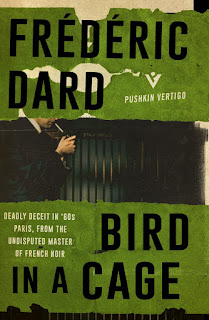 She seems alone and defenceless when he speaks to her in the busy brasserie, all decked out for Christmas Eve. When she invites him back to her apartment, he can't believe his luck. Later, when her husband's body lies dead at the foot of the Christmas tree he realises his nightmare is only beginning... Take care when unwrapping your presents, they can sometimes contain nasty surprises.

Frederic Dard (1921-2000) was one of the best known and loved French crime writers of the twentieth century. Enormously prolific, he wrote more than three hundred thrillers, suspense stories, plays and screenplays, under a variety of noms de plume, throughout his long and illustrious career, which also saw him win the 1957 Grand prix de litterature policiere for The Executioner Cries, available from Pushkin Vertigo in Autumn 2016. 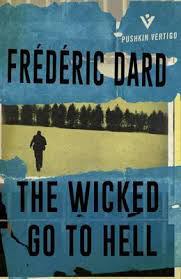 A taut psychological prison-thriller from Frederic Dard, one of France's most popular post-war authors

A cop receives a mission - to win the confidence of an enemy spy, currently in prison, and so to expose destroy his spy ring. What better way to allay his suspicions than for the policeman to enter the prison himself, posing as a criminal? So, Frank and Hal end up sharing a cell, but who is the spy and who is the cop? And who will win their claustrophobic game of cat and mouse? Memorably filmed by Robert Hossein in 1955, this tense and brilliantly original thriller is one of Dard's most powerful.