QUESTIONS AND ANSWERS WITH MIKE THOMAS 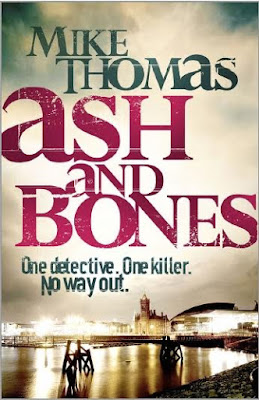 A cop killer on the loose in Cardiff - introducing a dark and gritty new voice in crime fiction, perfect for fans of Stuart MacBride and David Mark

At a squalid flat near the Cardiff docks, an early morning police raid goes catastrophically wrong when the police aren't the only unexpected guests. A plain clothes officer is shot dead at point blank range, the original suspect is left in a coma. The killer, identity unknown, slips away. 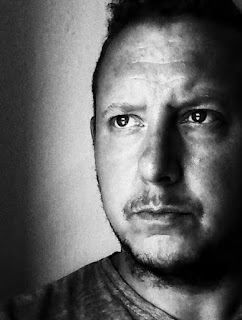 Mike featured on the blog a bit earlier this week with a spotlight on his two previous novels - Pocket Notebook and Ugly Bus........... 2 BY MIKE THOMAS.

Looks like I've got three interesting books to choose from!

Mike was kind enough to humor me with some answers to a few questions...........


Is the writing full-time?

It is. Finally. It took a long time to get to this point: fifteen years of juggling writing with full time shift work in the police. I earned my stripes doing unpaid news pieces for the local free paper – agricultural events, half marathons, anything to get a byline on the page or something for the CV. Travel articles, too. I’ve been all over the world via Word documents. Things got too complicated – and far too busy – after my first novel, so I took a sabbatical, which I kept extending until finally I decided to hand in my epaulettes in 2015. Just gave it all up: salary, pension, the lot. It was a risk, money-wise, and there have been some hairy moments, but I have no regrets. Policing can be a thankless job. And I hate wearing a tie.

Most people would expect you to say, ‘When my debut novel was published’ or being longlisted for something or other. But do you know what? Just finishing my first novel was a wonderful feeling. Absolutely wonderful. The sense of achievement at banging out 100,000 words, and most of them making sense. The story making sense. The characters coming to life and staying fully-fleshed. That first time was way back in 2003, and I remember printing the MS out, then putting it on my dining room table and – with my wife – staring at it while we supped wine and wondered if that four inch thick ream of A4 would ever be accepted by a publishing house. If it would change our lives. It was rejected by everyone, of course. But I still relish that small moment now – when you sit back, and take a deep breath,  and type ‘The End’ – because writing a book can be lonely and tedious and take a very, very long time. Time that I’d rather spend drinking whisky and lying down.

Ash and Bones is your third published novel, was it an easier or more difficult book to write than the first two?

A little of both. My first published book was written in an absolute rage – because of my job, mostly – so it poured out, but it was exhausting writing around full time work, plus I had two kids under three and a Master’s degree to contend with. By the time Ash and Bones came around things were a lot calmer, but I soon realised spending twenty years as a plod doesn’t mean writing a crime novel will be an easy task. You’ve got to have an actual plot, and twists, and all this really hard stuff.

How long did Ash and Bones take from conception to completion?

First draft? Around ten months. Then it had to find a home. Then throw in edits from the publisher, then further edits and proofreads right up until the ARC is ready, and you’re talking about three years.

Not sure about gems, but I have three complete novels tucked away, all of which I regard as part of learning the trade. I pilfer from them occasionally. A line here, a police joke there. I have a novel that I return to every now and again, my little secret sanity-saver when things are dragging with the crime books. I’ve been writing it for three or four years, just enjoying it, no pressure or deadlines. I love it though. It’s a black comedy about a Special Constable who is a bit of a Walter Mitty type. I hope it sees the light of day at some point.

Some writers have an up-and-at-em, attack the day attitude, banging out a thousand words before breakfast, but I am not a morning person and even thinking about doing that makes me feel rather unwell. It should be illegal to wake before ten thirty a.m. So I tend to do admin, and articles for my ‘other writing job’ – still the old travel pieces and web content. Anything to get the brain’s rusted cogs going. I’m much more productive in the afternoon. I tend to lose time and have been known to bang out four or five thousand words in a session, then find my family went to bed two hours earlier and I hadn’t even noticed.

Never. I wouldn’t be able to afford the attendant court costs. Perhaps a phrase someone has come out with, or a tiny tic that they have which I’ve noticed but never commented on might make it into a draft, but that would be it. For characters I people watch, and listen a lot. Good habits for a writer. 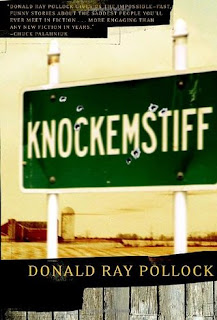 Personally? No. This is crime we’re talking about, and crime involves some terrible people doing terrible things. Sometimes good people doing horrible things in the heat of the moment. Human beings are capable of monstrous acts, frequently over the most mundane of incidents. My first murder was a wife who’d stabbed her husband to death because he wouldn’t give her one of his cigarettes on the way home from the pub. But do I think about the readers, and what might be considered too grotesque or outlandish? Of course, so that affects some things I write about. It’s difficult for me, because I’ve seen so much in the police and you become inured to the horrific stuff, and I have to try very hard to gauge whether what I’m writing is too stomach-churning. You’re talking about a guy who barely flinched when he saw a dead woman whose face had been eaten by her dog, so it’s safe to say my radar is a little off in that respect. 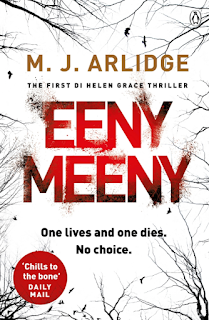 I don’t read a lot of crime, because I spent so many years working inside the criminal justice system and to go home after a ten hour shift and read about police work would have tipped me over the edge. I do enjoy John Sandford, though. Love his characters, Lucas Davenport and Virgil Flowers. I enjoy a lot of American writers. Daniel Woodrell, Frank Bill, early Chuck Palahniuk. Tobias Wolff is a favourite, his short ‘Bullet in the Brain’ is just masterful. 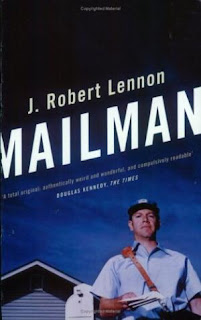 I’ve just finished the second MacReady novel, so am prepping the third. The basic plot is there, but it’s that brief, happy in-between-books period where your head is empty for the first time in two years. My favourite time. I love an empty head.

Being paid for making stuff up. And I can wander the house in my underwear all day, and – after too long spent bowing and scraping to useless police bosses – don’t have to answer to anyone.

I’m quite outgoing, so the isolation can be a little much sometimes. But see above – there’s not a lot to moan about with this gig. 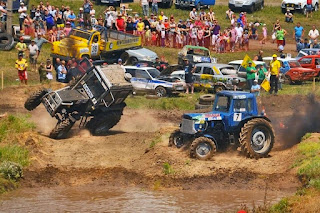 I just hope the MacReady novels are going from strength to strength, and I’m still fortunate enough to be doing this full time. Even if it is articles about tractor races…


Thanks for the Q & A, Colman – thoroughly enjoyed it!

Thanks to Mike for taking the time to indulge me.

(BORING ASIDE....I've only read Pollock's Knockemstiff from Mike's last 5 reads. From his favourite authors, I'm similarly a fan of John Sandford, Daniel Woodrell and have just read Frank Bill earlier this month. I think I'll take a pass on Lennon's Mailman. And I've just downloaded a copy of Bullet in the Brain here.)

Thanks to Emily at Bonnier-Zaffre for setting this up and for the copy of Ash and Bones!
Posted by col2910 at 00:10