CHARLIE WILLIAMS - YOUR PLACE IS IN THE SHADOWS (2013) 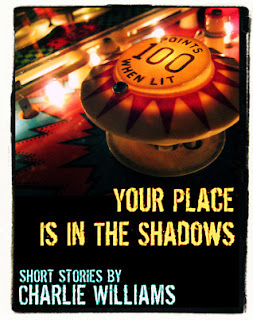 Six stories from Charlie Williams, renowned author of the Mangel series. An ill-starred young man is frustrated by a faulty lucky amulet. A new lodger introduces two flatmates to a card game with stakes too high for any gambler. A divorced dad gets some late-night advice down the telephone line from the late Stanley Kubrick. Noir, horror and a streak of black humour a mile wide merge in these stories. This is a world whose inhabitants cling to hope but can't seem to escape the shadows.
PRAISE FOR CHARLIE WILLIAMS"So original that other writers must be gnashing their teeth in jealousy"- The Guardian"Charlie Williams has created a stunningly original noir world of his own"- Jason Starr"Possibly the best British writer working today. He is the ideal adult humourist - someone whose jokes kick for the gut and often say far more than you realise upon a first reading - and he is also an astute modern commentator, someone with something to say about the darkness that is modern life"- Russel D McLean"Even through all of his offbeat humour, there is no mistaking that Charlie Williams is a writer who has something to say"- Nicholas Blincoe

I'm a fan of Charlie Williams work, especially his Royston Blake-Mangel series, (4 read one to go at some point) though it's been a few years now since I read anything by him.

Your Place in the Shadows was enjoyable, though to be truthful a couple of the stories I didn't really understand. Can you still enjoy the journey if you don't quite get the destination? In Charlie Williams' hands I can.

Shithead was the pick of the bunch, closely followed by Punchbag.

Shithead is a card game, the object of which is to lose all of one's cards, with the last player to do so being the "shithead". In Williams tale, our card game between flatmates has a greater consequence for the loser than having to deal the next hand. Nightmares and curses.

Punchbag - big, bad, town-bully Brian gets him comeuppance at the hands of Eggy Boyle or what's he's now become. The town needs a new punchbag.

Your Place is in the Shadows.......Tump entrusts slow-witted Jack with The Holy Grail!

Some Help from Stanley....... what can you expect when Stanley Kubrick rings you from beyond the grave at 3am in the morning offering familial advice.

The Threat of Sleep.......dreams, darkness and torment. 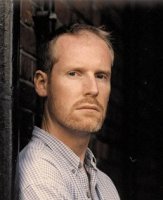 Charlie Williams has his website/blog here.

He's a top bloke and he once bought me a cappuccino in Borders book shop in Milton Keynes, before profering a collectible but extremely hard-to-find manuscript on me gratis!