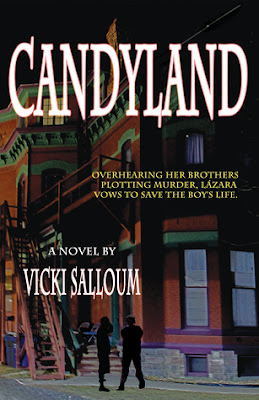 A TEENAGER WITH A CONSCIENCE GOES ON A HARROWING CRUSADE TO SAVE A BOY'S LIFE.

Seventeen-year-old Lázara overhears her brothers plotting to kill the teenage son of her employer for failing to pay his drug debt. Unable to bear the burden of the boy's murder on her conscience, she embarks on a crusade to save the boy, first alerting the boy's father then confronting her brothers and, finally, seeking help from a New Orleans cop. When all efforts fail, she steals a handgun and surprises her brothers during their rendezvous with the boy at the meth lab, Candyland, unleashing consequences she never expected or could ever have imagined.

"...echoes the great noir writers of the twentieth century...vividly drawn characters. ... a first-rate crime novel..."-Scott Phillips, Author of Rake, The Ice Harvest, and others.

"...Noir at its darkest, set against the aftermath of Hurricane Katrina in New Orleans."-Judy Alter, Author of Desperate for Death, The Perfect Coed, and others.

"... suspenseful plot full of surprises."-Mike Roche, author of Coins of Death and The Blue Monster.

"...colorful and lively...Salloum's writing sparkles and her story is compelling."-Karen Pullen, Author of Cold Feet and Brea's Tale and Other Stories.

"... Pristine prose and vivid characters...Highly recommended."-Thomas Davidson, Author of The Museum of Sudden Disappearances, Past Is Present, and Exit.

Talk about a dysfunctional family; 17 year old Lazara’s parents manufacture crystal meth in their own lab and their two sons use it and deal it.  Lazara is going to try and live an honest life and make something of herself. Her route to this better life is through work and initially a temping job, filing and typing for Eric Hutchins.

Hutchins is a lawyer with his own problems. He’s a booze hound, is playing around on his wife and is disconnected from his son. Not to mention that his practice is slowly going down the pan and he’s struggling at trial with his best case and hope – defending a cop accused of shooting an unarmed looter during the post-Katrina anarchy.

Four days after hiring Lazara, she’s coming to him with a problem he doesn’t want to acknowledge – Hutchins’ son is a user and has ripped off Delmar and Jacoby; Lazara’s brothers. If you want to thrive as a dealer in New Orleans, harsh lessons need to be taught when your customers step out of line. Nicholas Hutchins has just been handed a death sentence.

Lazara’s going to try and prevent the death of an almost innocent, irrespective of Hutchins senior’s disbelief. Candyland is where it’s all going to go down.

Vicki Salloum, a long-time resident of New Orleans, serves up a pitch-black tale of one young girl’s efforts to do the right thing, set against a backdrop of isolation and a total disconnection from family, all played out in an almost post-apocalyptic landscape – the crappiest neighbourhood in New Orleans after the hurricane’s struck.

Drugs, meths dealing, disconnection from family, lost friendship, familial abuse, poverty, a lack of trust in authority, allied with an almost evangelical urge to be better than what’s gone before.

Dark and graphic, but with some rays of hope in the form of Lazara. I loved the setting, but I’m not sure that the depiction of New Orleans will endear Salloum to the local tourist board. 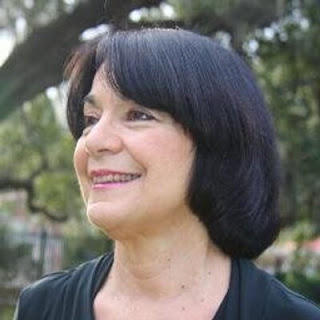 Probably fair to say that enjoyed would be the wrong word for my reading experience. Unsettling, but satisfying with some weak-ish light at the end of a very dark tunnel.

Vicki Salloum has been published previously – A Prayer to Saint Jude and Faulkner & Friends are her earlier works.

The author was kind enough to send me a copy of this one for review.