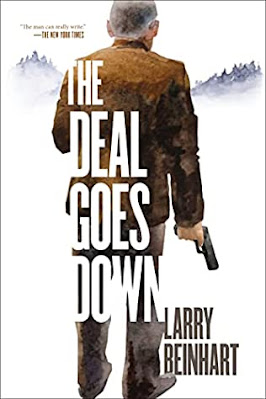 Synopsis/blurb….
A legendary, Edgar-Award winning writer returns, and so does his legendary detective, with a gripping thriller about marital discord, contract killing, off-piste skiing and the deep state...
Ex-private eye Tony Casella lives in the Catskill mountains, a lonely old tough guy whose body can no longer do what it once did.  His wife and son are dead; his daughter barely talks to him; his bank is in the process of foreclosing on his home.
But a chance encounter with a rich young woman on a train changes everything. He is hired to take care of her superrich, sexual predator husband. That job leads to others and he joins a small start-up whose mission is to save women from abusive marriages. Provided their spouses are in the top 0.01%. It's a luxury service destined to make great profits.
Tony’s problems seem to be over, but are they? An old, angry associate is determined to get his cut of Tony’s earnings, murky government agents start to tail him, and when he is sent to the Austrian alps to kill a Russian oligarch and rescue his American wife, all hell breaks loose…
Packed with action The Deal Goes Down is an unforgettable portrait of a Lion in Winter who still has a few tricks up his sleeve, from a writer garlanded with awards and critical acclaim and whose novel American Hero was made into the classic film, Wag the Dog.
This was my first time trying author Larry Beinhart’s work, but after this cracking outing with ex-PI Tony Casella it’s definitely not going to be my last.
The Deal Goes Down put ticks in all the boxes for me - character, story, pace, setting and outcome. Not being overly long was also a plus.
Our main character is a 70 year old widowed ex-PI. He's just about to lose his house to the bank. On his way back from a friend's funeral a woman approaches him on a train, asking him to kill her husband for money. The money sounds appealing, but the thought of dealing with an amateur and then spending his remaining days behind bars, less so.
Casella though is interested and we're off and running. And I was hooked.
Casella is clever, but not irritatingly so and he's sympathetic. I was rooting for him throughout. He has a cunning and intelligence and hard earned experience of controlling people and managing situations but at times here he's still caught off guard. He doesn't suffer fools gladly.
The story develops from a possible involvement in a murder for hire scheme, an ongoing business arrangement/partnership, an accidental death that enhances Casella's credibility while also leaving him open to blackmail and possibly worse, as he's suspects he is being followed by persons unknown.
I really liked the premise of the story and the twists and turns the author injected into the narrative. I liked the inclusion of real life figures and events into the tale and I enjoyed the wit and humour the author produced. I loved the fact that author Larry Beinhart was an acquaintance of Casella's and played a minor part in proceedings. I liked the minor conflict between Casella and his suitors, as they try and manipulate him over his payment. 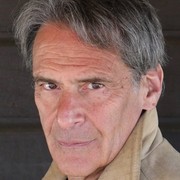