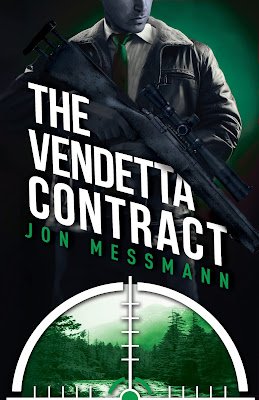 Synopsis/blurb ...
The third book in the classic Revenger series... back in print for the first time in nearly fifty years.
Ben Martin is trying to live a quiet, mundane life in Morrisville, a small town south of Indianapolis. But his violent past won't let him go. The Mafia has hired Corbett, an expensive assassin who has never failed, to track him down and kill him. Martin's only hope of survival is to turn the hunter into the prey. To do that, Martin must become even more brutal, and more lethal, than the deadly monster who is pursuing him. Martin might live... but only if he murders whatever shred of humanity he still has left.
"Messmann has figured out how to retain the realistic nature of his series while keeping it all fast-moving and exciting. The Revenger series still has more in common with a literary sort of novel than, say, The Executioner. He makes you care about his characters." Glorious Trash
An interesting set up for the third in Messmann's Ben Martin Revenger series has the tables turned and Martin is the prey this time around. After his previous escapades, one of the Mafia big wigs isn't convinced that Ben died with all the others in the violent explosion that ended Nick Carboni and his gang. He lays a trap and predictably Martin gets himself in some bother and comes to their attention. A $250k hitman is already hired and Martin doesn't know he's coming.
It introduces a fresh dynamic - The Organisation actually getting itself organised and according Martin a measure of respect that his abilities deserve. There's less arrogance on display from them. There's still a level of conceit and impatience and a need to throw their weight around, but having hired Corbett, an outsider to deal with their problem, they've also acknowledged their limitations.
I liked the cat and mouse element of the book here with Martin on the defensive for the most of the book. There are several close shaves and near misses, before he figures out he has to try and force his hunter to reveal himself. Corbett when conversing with his contractor, asks the man if he plays chess and the analogy is appropriate. Two professionals are trying to out-think each other, trying to strategize how the other will behave and plan accordingly. Anything out of the norm is suspicious and merits caution and further analysis before action.
I liked how Messmann changed things up here. The plot is fresh and unlike the first two books in the series. We also spend a bit of time with Corbett, the assassin hunting Ben and its interesting seeing how he behaves and reacts to events unfolding; the quick thinking, the callousness and readiness to use innocents as disposable pawns in the end game.
At the heart of the story we have the same theme as before - Ben Martin continuing his war with the Mafia.
Excitement, tension, thrills, action, death, violence, romance, sex, pursuit and a final confrontation. Followed by a further final confrontation!
4.5 stars from 5 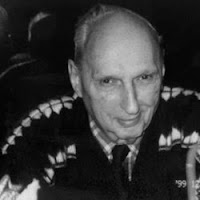