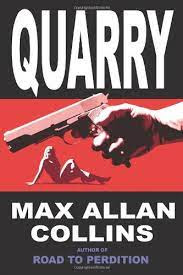 Cult favorite Quarry, the killer for hire, is back in print with this debut novel and four other early works by author Max Allan Collins. They don't come any harder-boiled than Quarry. After carrying out his assignment in a down-at-heels river town, the gunman finds someone has played him for a sucker. To figure out who, he must solve the murder he committed. This new edition includes a previously unpublished Afterword by the author.

A re-read from Max Allan Collins to assist with a Goodreads challenge and seeing as it was a 4.5 STAR read back in 2016 and I do like a hitman tale, no big hardship. Quarry is the first in the author's now 16 book long series.

The series opener shows Quarry at work, in tandem with usual partner Boyd. We get some background to Quarry's character. He's an ex-Vietnam veteran and is divorced. The separation from his wife and the aftermath is almost worthy of a book itself. Fair to say they probably don't exchange Christmas cards. Quarry now puts the talents the US army taught him to good use back in the US at the behest of his new employer the Broker.

Boyd surveils the target for a week or two. Quarry turns up. Gets the details from Boyd and carries out the hit. Things go wrong almost immediately. Boyd is killed, Quarry nearly so and his fee is stolen. The Broker orders him out of town, but Quarry decides otherwise. He's already got the arse with the Broker over his previous job. He sticks around to investigate, recover his money and exact some payback. The fun starts.

It's interesting how a skilled author can have you rooting for someone who dispassionately kills people for a living. When you are inside Quarry's head all his actions seem reasonable and measured and perfectly logical.

I liked how the story unfolded from start to finish. The back story, the other job and the developing friction between Quarry and the Broker, the history with Boyd, the current job and the aftermath featuring small town shenanigans - an ex-Playboy Bunny, sex, a big businessman running a small town, money, reputations, infidelity and family matters.

A busy book and second time around, just as enjoyable as the first. 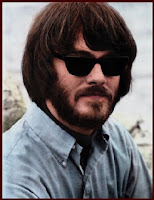 Link to my first time around Quarry thoughts.