A couple from British great, Reginald Hill this week. Hill is probably better known for his Dalziel and Pascoe series of books, but I've chosen two from his Joe Sixsmith series. 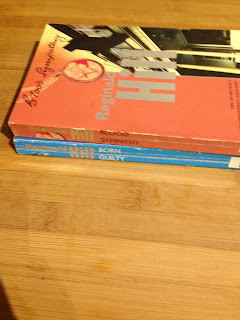 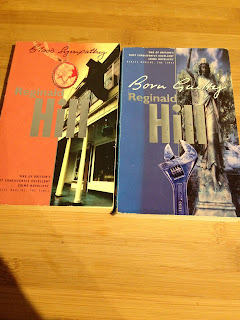 There were five in total and these are the first two. What's the appeal? Apart from the length - they aren't too long and the fact they feature a PI and I do like PI fiction, the setting of Luton grabs me. My old home town, where I grew up after transplanting in from Dublin as a two year old, where I was schooled and where my mum still lives.

I'm keen to see if Hill's depiction of the town is the same as the one I remember. (Not sure I recall there ever being a St Monkey's though.) These two were published in the early to mid-90s, nearly ten years after I left. That said I was and still am still a frequent visitor there given my affinity for the local football team and of course my dear old mum! 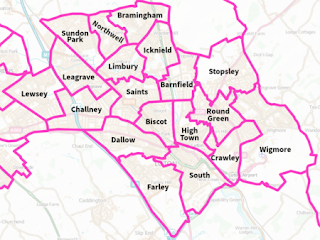 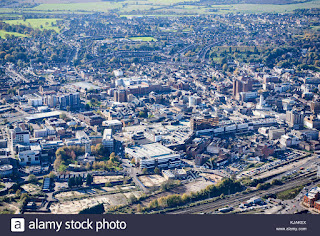 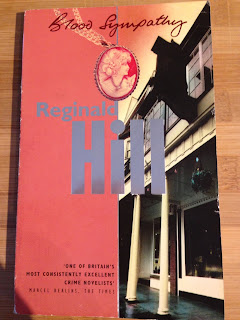 PI can mean many things, but can it really mean a balding middle-aged redundant lathe operator from a high-rise in Luton, Beds? Joe Sixsmith thinks it can. His Aunt Mirabelle thinks you'd have to be crazy to hire him, and Joe's current clients certainly fit the bill. One seems to be confessing to the brutal murder of his whole family; another thinks she's a witch. Alongside them, the two heavies who believe Joe is hiding their illicit drugs seem almost normal.

"Read him" LONDON REVIEW OF BOOKS 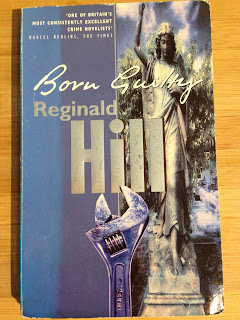 Hurrying out of St Monkey's church on the last Amen of the Creation, Joe Sixsmith stumbles across a boy's corpse and into more trouble than he's ever known... Soon his casebook is full to bursting: retired colonial Mrs C. demands to know how the boy got there; exotic punk Gallie urges him to find the stranger nosing into her garanddad's past; while Butcher, that briefest of briefs, is hellbent on digging the dirt on a deputy head's out-of-school activities.

Ever valiant for truth, Joe threads his mild-mannered way through the mean streets of Luton, fighting off angry cops, demented druggies and the matchmaking machinations of his Auntie Mirabelle. But the truth he discovers does not set him free; for there's little joy in confirming that today's kids grow up so much faster than he did, and even the luckiest of them find out all too soon they have been born guilty.

"Hill's cheery sleuth, with his nice line of dry banter, is as thoroughly appreciated as his generous and crafty plotting" JOHN COLEMAN, SUNDAY TIMES