A couple from highly regarded British author, Joseph Knox.
Confession time, I've not read him yet, but plan on starting reading him soon. 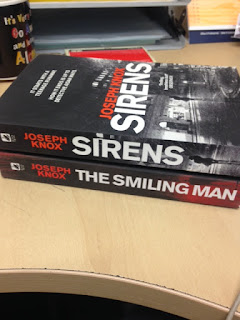 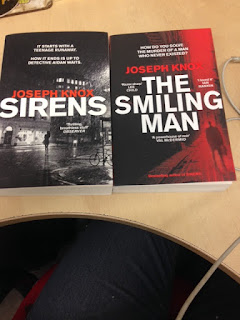 These are the first two featuring Detective Aidan Waits. There's a third book now which has recently been published - The Sleepwalker. Time to pull my finger out! 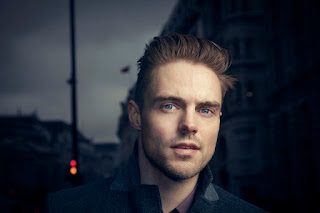 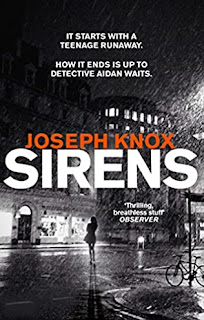 We still live in a world where you can disappear if you want to. Or even if you don't.

Detective Aidan Waits is in trouble

After a career-ending mistake, he’s forced into a nightmare undercover operation that his superiors don’t expect him to survive. The target? Zain Carver, an enigmatic, mesmerising criminal who lures young women into his orbit - young women who have a bad habit of disappearing.

So when the teenage daughter of a prominent MP joins Zain, everything changes.

Before long, Waits is cut loose by the police, stalked by an unseen killer and dangerously attracted to the wrong woman.

How can he save the girl, when he can’t even save himself? 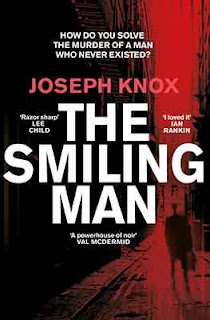 From the acclaimed author of Sirens, damaged Detective Aidan Waits returns in a mind-bending new thriller that will have everyone asking, "Who is the Smiling Man?"

Aidan Waits is back on the night shift, the Manchester PD dumping ground for those too screwed up for more glamorous work. But the monotony of petty crimes and lonesome nights is shattered when he and his partner are called to investigate a break-in at The Palace, an immense, empty hotel in the center of the city.

There, they find the body of a man. He is dead. The tags have been cut from his clothes, his teeth have been filed down, and even his fingertips have been replaced...and he is smiling.

But as Waits begins to unravel the mystery of the smiling man, he becomes a target. Someone wants very badly to make this case disappear, and as their threats escalate, Aidan realizes the answers may lie not only with the wealthy families and organized criminals connected to the Palace, but with a far greater evil from his own past.

To discover the smiling man's identity, he must finally confront his own.
Posted by col2910 at 00:50