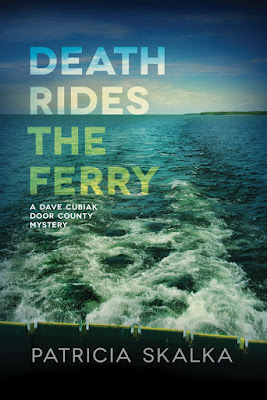 It’s a sparkling August day on Washington Island and the resonant notes of early classical music float on the breeze toward the sailboats and ferries that ply the waters of Death’s Door strait. After a forty-year absence, the Viola da Gamba Music Festival has returned to the picturesque isle on the tip of Wisconsin’s Door County peninsula. Sheriff Dave Cubiak enjoys a rare day off as tourists and a documentary film crew hover around the musicians.

The jubilant mood sours when an unidentified passenger is found dead on a ferry. Longtime residents recall with dismay the disastrous festival decades earlier, when another woman died and a valuable sixteenth-century instrument—the fabled yellow viol—vanished, never to be found.

Cubiak follows a trail of murder, kidnapping, and false identity that leads back to the calamitous night of the twin tragedies. With the lives of those he holds most dear in peril, the sheriff pursues a ruthless killer into the stormy northern reaches of Lake Michigan.

Not an author or series I was familiar with before spotting this one on Edelweiss review site and taking a punt on it. And without it ever threatening to become a contender for best book ever it was an enjoyable few hours spent in the company of Patricia Skalka's writing and lead character Dave Cubiak.

A two-fold, twin-timeline mystery with the death of an initially unidentified woman on a Washington Island ferry connected to the disappearance of a priceless musical instrument forty years previously. I enjoyed the investigation and the slow uncovering of events and facts and possibilities which eventually drew Cubiak closer to the culprit, though not before another fatality.

History, secrets, music, a small town setting, a festival, an island, water, a ferry - lots to like and appreciate and in truth a bit of a change of pace and style of narrative from a lot of my regular reading.

There's a fantastic and impassioned speech by one of the characters in regards to his love of music which resonated with me, given my son's passion for music and his striving to make a career for himself in this field......

"Music is important in more ways than I can explain. It lifts us up from the mundane. It sustains us in time of sorrow. People can appreciate a good painting or a beautiful statue but they can't re-create it. Not like they can music. They might not be able to play an instrument well or at all, but everyone can hum a tune. Music is the only art form you can take with you wherever you go, no matter who you are."

Towards the end, as the raison d'etre and the murderer becomes apparent there's a ramping up of tension, with Cubiak and his partner (romantic) in danger, before a satisfying finale.

Dave Cubiak is interesting as a character. He's a widower with a past and in some respects reminded me of Terry Shames lead man Samuel Craddock. One slight difference is Cubiak's capacity for new love and all the complications that might bring, whereas Craddock's remains faithful to his late wife's memory, with a new woman unthinkable. The personal detail adds depth to the character and flesh to the mystery and in many respects is essential in presenting a three dimensional book as opposed to 2D cardboard cut-outs. That this is achieved in a tad over two hundred pages is admirable. 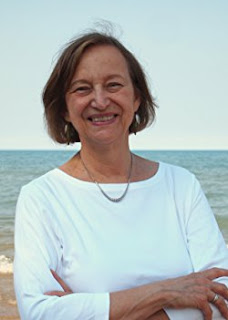 Other plusses - setting - Door County, Wiconsin. Pace - less than pedal to metal, much more than pedestrian. Ticks in every box.

Death Rides the Ferry is Skalka's fourth Dave Cubiak mystery. Death Stalks Door County opens the series, which continues with Death at Gills Rock and Death In Cold Water. If time and money was infinite, I'd happily revisit the earlier books in the series.