A couple from Daniel Woodrell this week and a pair from his Rene Shade trilogy. The Ones You Do concludes the series. 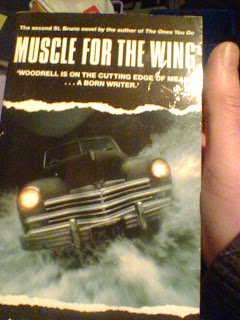 Woodrell has written ten books in total with The Maid's Version his last published novel in 2013. It's about time he had something new out, I reckon.

There's no author website, but here's a link to an interview with The Independent he gave in 2006.

I've read a few from him, probably these two included, though so long ago they probably don't count. The last time I kind of crossed paths with his work was watching the film Winter's Bone starring Jennifer Lawrence which was based on his 2006 novel.

It seemed a simple enough case for the authorities. Too bad the dead man was a prominent black city council man. But for the police detective Rene Shade it all looked too neat. Shade takes on city hall as he follows a twisting trail through the sleazy streets of the Cajun quarter into the murky swamps and bayous that ring the city. It is a trail that leads to corruption and yet more murder. 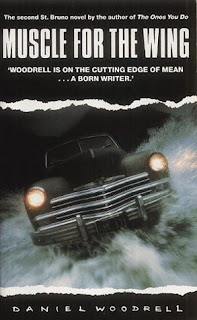 The first thing Emil Jaddick shoved through the country-club door was double barreled and loaded. The First thing he said to the poker players inside was - "Do I have your attention? We're robbin' you assholes ... any objections?" That's how Jadick came to St.Bruno. He had a killing crew of fellow ex-con wingmen and a sweet and red-hot sex machine named Wanda to help him do his down and dirty work. He had big plans and no pity. Only one thing could stop him - a cop who played by the same rules as Jadick ... None!