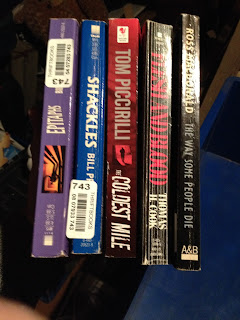 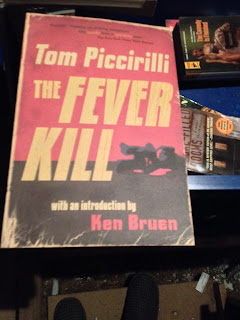 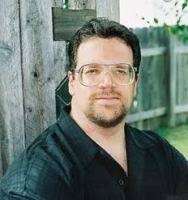 A couple from crime-cum-horror author Tom Piccirilli this week.


I've read a couple of his before - The Cold Spot which precedes The Coldest Mile and Fuckin' Lie Down Already. Truth be told I can't remember Jack about either. FLDA was read in 2011 and the other one way back when - both long before I started blogging on my reading.


Tom Piccirilli sadly passed in 2015, but not before he left a legacy of some fine fiction. 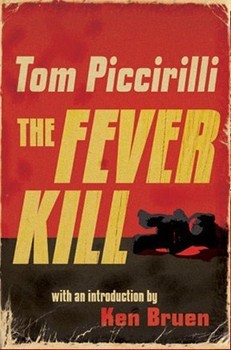 Crease is going back to Hangtree.

It's where his father met ruin in the face of a scandal involving the death of a kidnapped girl. It's where Crease was beaten, jailed, and kicked clear of the town line ten years earlier.

Now he's back. He s been undercover for so long that most days he feels more like a mobster than a cop. He doesn t mind much; the corrupt life is easier to stomach than dealing with a wife who can't understand him, a son who hates him, and half-dozen adopted kids he can t even name anymore.
He's also just gotten his drug dealing, knife-wielding, psycho boss Tucco s mistress pregnant. A fine time to decide to settle old scores and resolve a decade-old mystery.

With Tucco hot on his tail, Crease has to find his answers fast. Who kidnapped little Mary? Who really killed her? Was his own father guilty? And what happened to the paltry fifteen grand ransom that might spell salvation to half the desperate population of Hangtree?

The town still has a taste for his blood and secrets it wants to keep. But Crease has other plans, and he trusts that his raging fever for revenge will get him through...

Featuring an introduction by Ken Bruen. 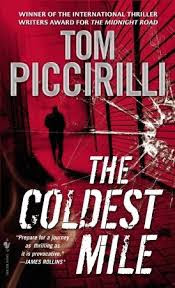 Raised to be a thief and getaway driver, Chase left the bent life after he found his true love, Lila. For ten years he walked the straight and narrow - until Lila was murdered. Now Chase is looking for his grandfather Jonah, the stone-cold-killer con man who raised him anis the last living repository of his family's darkest secrets. In returning to his criminal roots, Chase hopes to save Jonah's infant daughter from the life that Chase himself can't escape.

But first he'll need a score. Chase thinks he's found it as a driver for a dysfunctional crime family that's anything but organized. With the Langans' patriarch dying, the once powerful syndicate may unravel before Chase can rip it off. If he survives the bloodbath to come, he'll face an even uglier showdown. Because his grandfather Jonah is waiting for him at the coldest family reunion this side of hell.