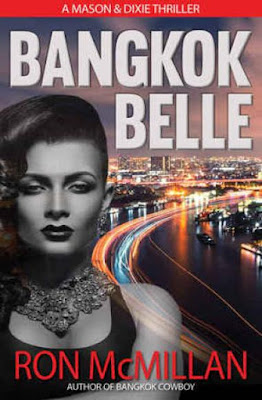 #2 in the Mason & Dixie crime thriller series.
Bangkok private eye duo Mason & Dixie are hired to provide protection to Australian soap opera star Belle Cooper, who came under vicious attack from the moment she announced her participation in a Bangkok pageant.

British Army veteran Mason and his transgender business partner Dixie already have their hands full with the disappearance of their colleague. Aom went missing while keeping watch on a night club owner called Chocolate, who is suspected of murdering her British husband, Robert Collingwood.

Mason & Dixie have to keep Belle safe while juggling threats posed by the corrupt police colonel who swept the Collingwood investigation under the carpet, the ex-IRA hit man who is Chocolate’s new boyfriend, and an ageing New Jersey mobster working for the Macau mafia.

Showdowns at an exclusive inner city resort and an abandoned fruit farm on the outskirts of the Thai capital take this fast-moving thriller to an explosive conclusion.

"McMillan never loses the thread and the pacing is perfect – a little thoughtful explication here, a thug’s face shattered beyond recognition there. And he manages this amazing balancing act with riveting style.........It’s impossible to imagine anything extra being packed into Bangkok Belle."
Paul Dorsey, The Sunday Nation, Thailand.

"a ripper of a series - set in Thailand with some great characters and a strong sense of society and place." Karen Chisholm, AustCrimeFiction.org Top Books of 2016 List

"a fun, action-packed story with interesting characters." Books and Beyond Blog

Well after 25 plus years reading in the crime-mystery genre, it's a first for me - an exotic crime novel with a transgender protagonist called Dixie, part of a double act with Mason - a British ex-army veteran. Fair to say they form an unusual (non-romantic) pairing.

Great settings; I've encountered Sydney in my reading in the past, but not so much Bangkok. McMillan brings it to life for me, a vibrant city, the bars, the nightlife, the hotels, the food and the people; a lot of them dependent of the tourist trade for their livelihood, and some of them none too scrupulous with the services on offer to the unsuspecting tourist. I haven't added Bangkok to my bucket list after reading this one.

An interesting cast of characters - Mason and Dixie, and Belle and Ray and Dom - all endowed with the usual characteristics seen in the good guys - a fierce loyalty and love for each other as well as a capacity for violence and a competence when engaging in it when the situation dictates.  I liked the dynamics of the various relationships especially the initial tensions between Dom and Mason as they adjusted to each other and the dangerous situations they were involved in.

Plenty of action and pace as the story unfolds and we discover the whys and the wherefores. All our loose threads are tied up convincingly.

Enjoyable and a bit of a change from the type of crime fiction I usually read. I found out a bit more about transgenders and some of the issues they face daily - ignorance and prejudice. The author portrays the main transgender characters sympathetically. 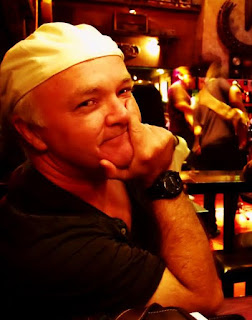 All in all a decent read.

Ron McMillan hails from Scotland but has spent the best part of the past 30 years in Thailand and the East. Bangkok Belle was preceded by Bangkok Cowboy and an earlier novel - Yin Yang Tattoo and some non-fiction.
His website is here.