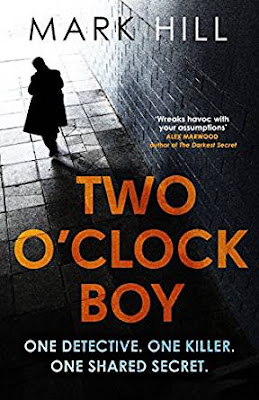 'A fantastic debut: dark, addictive and original. I couldn't put it down'
Robert Bryndza, author of The Girl in the Ice

Thirty years ago, the Longacre Children's Home stood on a London street where once-grand Victorian homes lay derelict. There its children lived in terror of Gordon Tallis, the home's manager.

Then Connor Laird arrived: a frighteningly intense boy who quickly became Tallis' favourite criminal helper. Soon after, destruction befell the Longacre, and the facts of that night have lain buried . . . until today.

Now, a mysterious figure, the Two O'Clock Boy, is killing all who grew up there, one by one. DI Ray Drake will do whatever it take to stop the murders - but he will go even further to cover up the truth.

'Wreaks havoc with your assumptions. Hill has a hell of a career ahead of him'
Alex Marwood, author of The Wicked Girls and The Darkest Secret

Fast-paced and full of tension, with a dual timeline narrative – which is always a winner for me in my reading.

The 1980s and we have a poorly supervised children’s home, where the manager has more interest in running a lucrative drugs business on the side, than caring for his charges. He is using a couple of the young boys as couriers, with a weekly kickback to the local constabulary the price of remaining in business. Our home manager, Gordon also has some issues controlling his temper and though it is never explicitly conveyed, he abuses one of the boys under his care. A more serious crime occurs soon after which some of the boys are bullied into helping conceal. Events culminate in a fire which devastates the home and results in fatalities.

Present day and some of the survivors from the home are starting to get killed off.  Detective Ray Drake is trying to stop the killings without revealing his own links to the children’s home from the past. What secret is he trying to keep buried?

Plenty of action, plenty of secrets, plenty of bodies, an investigation which Drake tries to manipulate and control – I’m kind of reminded of Line of Duty which I’m currently watching. I also enjoyed the North London setting of the 80s. It’s interesting to note the lack of concern or involvement of the authorities in supervising the running of the home – no apparent duty of care to the young wards of the state.

The author wrong-footed me a few times but I don’t think I was too far from the mark in guessing who was who and what was what. One of the reveals at the end did take me by surprise though and I admired the way I was blind-sided by it. I was saddened by the demise of one of the characters towards the end, as I had been rooting for him and his efforts to make his partner proud of him. Testament to Mark Hill’s skills in creating believable and sympathetic characters, as well as those you loathed – Mrs Drake Snr, I’m talking about you. 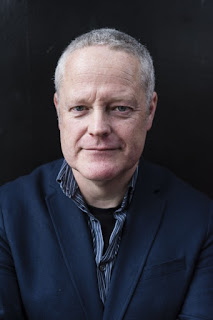 I did have a couple of minor gripes – mainly that our Two O’ Clock Boy has several opportunities to end Grace and fulfil his plans, but toys with him instead, deferring until later. I didn’t quite buy that one. Otherwise a tremendous read and a bit of a surprise when considering that it’s the author’s first book.

My longest read of the month – 424 pages and it took about 3 days to devour.