QUESTIONS AND ANSWERS WITH THOMAS PLUCK 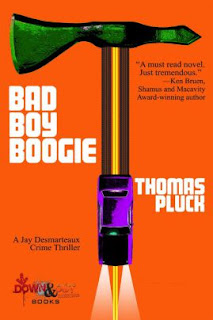 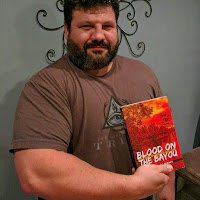 I've recently read a couple from Thomas Pluck - a short story collection - Get Plucked and his latest novel - Bad Boy Boogie from Down and Out Books. Both were very enjoyable - the novel a bit more than the stories if I'm honest.

Thomas was kind enough to suffer a few questions from me.......

Is the writing full time? What’s the day job?

I'm a systems administrator. Boring computer stuff. Plenty of reason to daydream about lives of crime.

I prefer to think the best is yet to come. But I'm very happy to have Ken Bruen call Bad Boy Boogie "tremendous, a must read." He's a literary hero of mine. 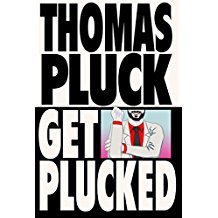 I work in the day so I write before bed, from eight or nine until midnight.

Insert? No. They inspire my writing, as does everyone I meet.

I'm a plotter. I daydream about it for weeks or years then write a vague outline. Milestones that I figure out how to reach.

No. But you will be judged on your words, no matter what you say, or even what you don't.

Can you tell us a bit about your published books so far? Is there one you are more proud of than any of the others? Which and why? 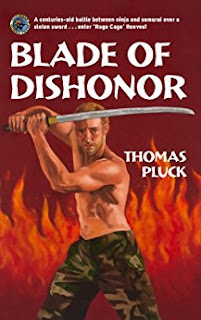 My newest is actually my first. Bad Boy Boogie has gone through a few drafts, and I'm thrilled that it's finally seeing publication. I put my heart into it. Like I say on page one, to quote Bon Scott, "This is a true story but the names have been changed to protect the guilty."

Which would you press into a reader’s hand ahead of the others?

It depends on the reader. Bad Boy Boogie is grittier than Blade of Dishonor, which is more of a pulp adventure novel, martial arts, war, and intrigue. Bad Boy is a "bad man out of prison" revenge tale, where everything he thinks he knows gets turned upside down in betrayal. So it depends on what I know the reader enjoys.

There's one story that brought down the house every time I read it, that no one so far wants to publish. It's in a slushpile right now. I won't give up on it. It's more prescient now than ever.

You’ve also edited a couple of short story anthologies – raising funds for Protect. Can you tell us a bit more about the cause and how you became involved?

The National Association to Protect Children lobbies for stronger child protection laws and focuses on fighting online predators. The HERO Corps is a joint effort between them and US Special Operations Command, to train wounded veterans to assist law enforcement in hunting online predators and identifying their victims. All proceeds now go to the HERO Corps. I became involved because I wanted to use the gritty stories we enjoy toward a worthy cause.

I'm editing the third draft of what I call my craft beer Nazi hipster cozy. It's not a cozy by definition, but it's about two idiots who inherit a pub and make a disaster of it, so it's not hardboiled per se. It does involve ugly American history during the second World War and suburban hate groups, old Jewish gangsters and bad-ass chef who'll cut off and cook your meat & veg if you piss her off, so I doubt it will find a home on the cozy shelf. 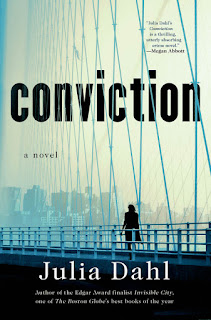 Creating worlds of your own. Making the crazy dreams in my head real.

Giving a damn what other people think. Joyce Carol Oates-- not everyone's favorite, but she's written darker stuff than half the noir shelf-- says writing requires you to be daring enough to trust your own voice, and to write fearlessly. It can be a tall order, but the greatest stories come from people who don't give a damn about the market. 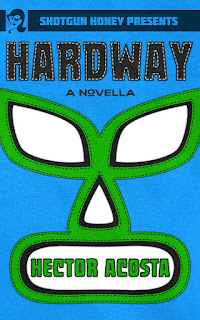 As you can see, I'm all over the place. I've lost my taste for most science fiction and fantasy, but I still read some, like David Gemmell, William Gibson, Margaret Atwood.

I read horror, crime, and contemporary fiction. Laird Barron is one of my favorite horror authors, and he has a crime series coming out, so I am very eager to read it.

No. I wish I could write as concisely as some. Such as The Friends of Eddie Coyle, When the Sacred Ginmill Closes, Last Night at the Lobster. 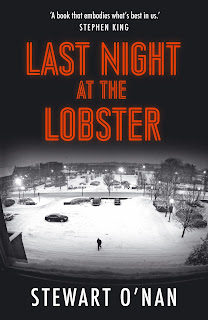 Drinking a beer with my friends at the pub! But that's not very active. I still train in powerlifting, grappling, and boxing, though I've slowed down a bit. I try not to knock my brain around so much these days. I love a good hike, preferably alone in the woods with my thoughts. I almost always come back with a story to write.

I hope to be writing the third entries in Jay Desmarteaux series and the Scotty Wierzbowski series, and be done with the Denny the Dent novel. So there won't be any more anthologies. They serve their purpose, I am proud of them and the money they raised, but I can't write novels, work full time, and organize anthos anymore.

Thanks to Thomas for his time.
You can catch up with him at the following haunts.