QUESTIONS AND ANSWERS WITH MARK ROGERS 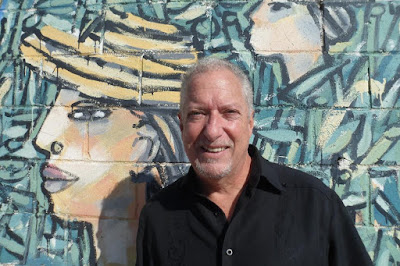 I see from a brief Twitter biography you have done travel writing, screenwriting and fiction, which came first for you?

Fiction came first. I’ve been writing fiction for a long time – since 1980. I’ve submitted various novels over the years but nothing hit. Travel writing paid the bills and got me to 56 countries on assignment. Then, this year, I contracted with three different publishers for five novels and one novella. Four are already out and the other two should see print in the next couple of months. The weird thing is, three of these novels were written in the 80s and 90s. So, my new stuff is selling, as well as my first attempts.

You’re also an ex-pat living in Mexico and loving it – where did you hail from originally?

Even though I spent my early years in Massachusetts and Virginia, my teen years up to my 50s were lived in New Jersey. I consider Hoboken my hometown. I have a self-published memoir titled Breakfast Special that deals with my years there in the late 70s. In those days, Hoboken was a great place for artists and writers to live on the cheap. It’s since changed – a lot. Now Mexico presents similar conditions, where I can build a stone house with sea views on a writer’s income.

Last year, coming back from a family backyard barbecue in Tijuana and seeing an email from my publishers at Brash Books, saying they loved my novel Koreatown Blues and they wanted to publish it. I remember just putting my forehead on my desk, overwhelmed. Over the years there had been a lot of screenplay options and encouraging support from editors, but none of my novels had made it into print. I was finally going to be a published author.

What works for me is to get to my desk early in the morning and dive into fiction before I write anything else, or open my emails. I go through a pot of coffee and sometimes play music – it can’t have lyrics. Soundtracks and stuff by Philip Glass work best for me. I keep the door to my office open, and throughout the morning I may be interrupted by my wife or grandkids, but that’s OK. My goal is 1,000 words a day, which usually takes me just under three hours. Meeting my goal in the morning sets up the rest of day in a good way. I’ve read advice where writers are encouraged to spew out their first draft and worry about tightening things up later. I don’t write that way. Of course, I edit and rewrite, but I’ve gotten something resembling a final draft by the end of the day. Then the rest of the day is freeform – taking care of freelance writing assignments, going out for fish tacos with my wife, Sophy, reading out on the patio in the sun.

I don’t do this and I think I know why: For years I’ve been writing journals, in which my friends and family appear. I think that urge or opportunity gets exhausted in the journals. There are a couple of exceptions: In Red Thread, the character of Vic is based on a real neighbor of mine who was even crazier in real life. I’ve also been told by some readers that Ben’s wife, Rosa in Red Thread bears similarities to my second wife. That probably occurred naturally, rather than being intentionally inserted. 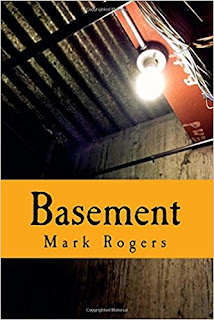 I don’t think so. I would tackle anything if the story demanded it. But there are areas I’d prefer not to go. I’m not interested in serial killers. I don’t want to write about pedophilia in any detail.

From your novels – I can find details of three on the internet, Red Thread, Basement and Koreatown Blues -  is there one you are more proud of than any of the others? Which and why?

Of those three, I’m most proud of Koreatown Blues, which is the most recent novel of mine to be published. I’m a big fan of the films by Finnish director Aki Kaurismäki. There’s a scene in his film Lights in the Dusk, where the heroine comes upon the badly beaten hero and asks, “What will you do?” His answer is, “I’ll open a garage.” She says, “It’s good you haven’t lost hope.” That exchange stuck in my head, and was the inspiration for my hero, Wes, in Koreatown Blues. I’m also proud of the ending, which has been singled out by reviewers as being unexpected and contemporary.

That would probably be my book-length journal Orpheus on the 101: A Screenwriter Breaks in at 50. It’s an account of my having a screenplay optioned by National Geographic Feature Films, and the subsequent battering to my psyche, and my marriage, which didn’t survive. It did lead me to my Mexican wife, Sophy so I’m not complaining. I’m hoping Orpheus gets published someday. I think it’s an interesting account of not being afraid to roll the dice, even though I was at the age where most guys are looking at retirement.

The current project is a three-volume historical novel set in colonial Jamaica, titled Rose Hall. I’ve written the first two volumes and I’m about a quarter through the final volume. During a conversation with my agent about the skullduggery surrounding the Jamaican plantation Rose Hall, she suggested I tackle it as a novel. This was a stretch for me, since I’d be writing in the third person, and my main character would be a female. The project is currently being read at a Hollywood company that develops both book and film projects. Things are looking good, but over the years I’ve learned to manage expectations. I also have a finished crime novel set in Thailand and LA titled Sky Dog, that is currently being read at one of the big five publishers.

The flow, and being surprised by what I’ve just written. That’s a magical feeling, where I feel I’m in contact with something bigger than myself.

Finishing a book and receiving a request for a synopsis.

Eileen by Ottessa Moshfegh (A crime novel – heavy on character - grubby and grimy from a female perspective. Read it straight through on the plane two nights ago – highly recommended.)

Born to Run by Bruce Springsteen 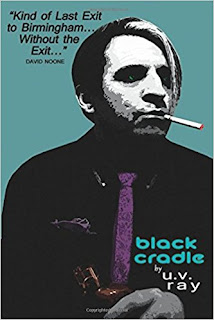 King City by Lee Goldberg (Lee is my publisher at Brash Books, and a writer of numerous novels, screenplays, teleplays, etc. King City is one of those balls-to-the-walls straightforward narratives – the kind of book I really enjoy at the end of the day out on the patio with a double shot of tequila.)

Black Cradle by u,v. ray (That’s how he spells his name. A cult writer out of the UK who deserves a bigger readership. Some compare him to Bukowski, but u. v. ray is darker and more hopeless.) 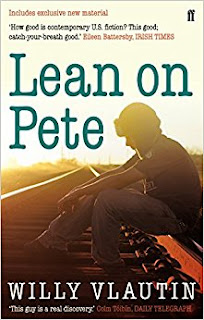 I’ll read anything and everything by Jonathan Ames, Willie Vlautin, Cormac McCarthy, Barry Gifford, Charles Bukowski, Charles Portis, and Pedro Juan Gutierrez (if Gutierrez is unfamiliar to you, start with Dirty Havana Trilogy). When it comes to crime and detective fiction, I’ve read everything by Raymond Chandler, John D. MacDonald, Jim Thompson, Elmore Leonard, Charles Willeford, and David Goodis. On those days when my brain is sputtering and spinning its wheels, there’s nothing like one of Robert Parker’s Spenser novels – the literary equivalent of a room service hamburger when you arrive late at night and jetlagged in a foreign hotel.

Willie Vlautin’s Lean on Pete. It reads like a YA novel but contains immutable truths, in and between the lines.

I’m lucky that I really enjoy being with my wife. I rarely do any serious writing in the evening. Most nights find us watching a movie on Netflix. So, favorite activities would be reading, dancing, eating, watching movies, and being with Sophy, in all that entails.