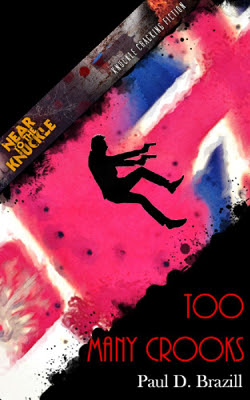 Too Many Crooks is a blackly comic Brit Grit romp from the author of Guns Of Brixton and Kill Me Quick!

128 pages long – or short if you like - a romp of pure comedy gold with Mr Brazill resurrecting his unhealthy obsession with Himmler’s ring-piece.

London, Warsaw, pubs and hotels, hospitals and bedrooms, Russian gangsters and an aging odd couple, Leslie and Sidney - still with the chops to go head to head with a biker gang and our dangerous foreigners, hat-tips to Pink Floyd and Bowie, Rod Stewart and Coldplay, Nazi memorabilia - Lugers and Himmler’s legendary Totenkopf ring, wheelchairs and crutches, vodka and Guinness, a mcguffin – Jim McGuffin, memory loss and murder, jelly and a whip – but not party food, coke and cock, and a passing reference to a short ginger bloke with sunglasses.

There aren’t many better ways of spending a couple of hour’s reading-time in the company of one of Brazill’s books…… mystery, cultural references, action, violence, enough boozing to sink a battleship, memorable characters and a genius for situational comedy……

When I got to Carl’s gaff, Velvet answered the door in a red leather dress that was made with just about enough material to make a wallet, and looking like a long limbed drink of water calling out to a thirsty man. 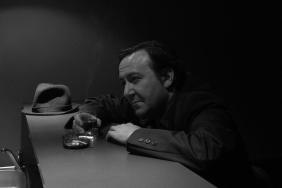 I’ve featured Paul’s work on the blog before……..13 Shots ofNoir, The Last Laugh, Kill Me Quick, Guns of Brixton